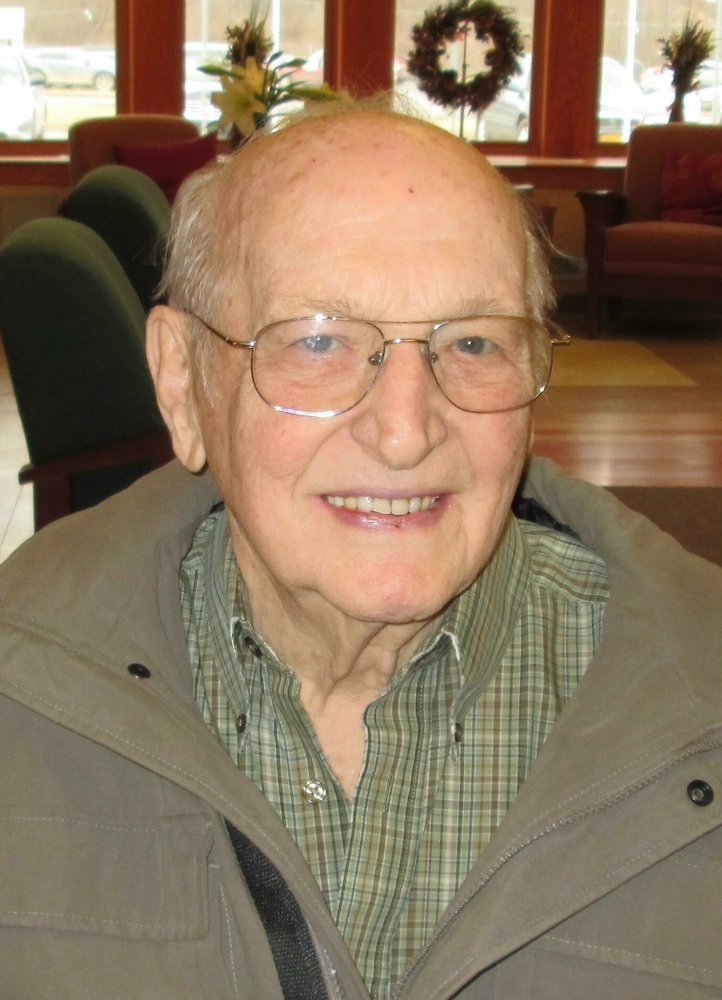 Please share a memory of Thornton to include in a keepsake book for family and friends.
View Tribute Book
Thornton J. Young of Bainbridge, NY passed away August 10, 2022 at the NYS Veterans Home in Oxford. He was born March 31, 1926 in Masonville, NY to John and Linda (Fuller) Young. On May 30, 1947, he married Esther Buchanan in Deposit, NY. Thornton served his country in the Army during WWII and attained the rank of sergeant while serving in the South Pacific. He was employed at the Bendix Corp. for 30+ years. He was an engineering designer and retired in 1986. Thornton was a member of the Bainbridge United Methodist Church. He was very active in politics as a republican committee person for Bainbridge and a regional assistant to Senator Tom Libous for 13 years. He was on the Bainbridge Town Board for 10 years and deputy Town Supervisor. He was an avid gardener and took much pride in his home. He was a loving husband and devoted father. Esther was the light of his life, and they traveled throughout the country enjoying many friends and destinations. He is survived by his children, Denis Young (Christine Amirault) and Darla Colvard (Tom); grandchildren: Stephen Young (Vanessa), Kevin Young, Mark Young (Jaime), Monica Bennett (Heath), Brent Knapp (Heather) and Lisa Knapp; great-grandchildren: Aleshia, Caitlin, Lindsey, Nicholas, Kippan, Kinsey, Logan, Lawson and Khloe Young and Caitlin Knapp; and special friends Doris Bird and Robert and Ellie Pierson. He was predeceased by his wife Esther, his parents, his sister Evelyn Skowronek, and brothers Edwin and Everett Young. The family wishes to express sincere thanks to the NYS Veterans Home for their compassion and care. Memorial contributions may be made in Thornton's name to the Greenlawn Cemetery Association. Friends and relatives are welcomed at the graveside service on Saturday, August 13th at 11:00am in Greenlawn Cemetery, Bainbridge. Condolences and memories may be shared with the family online at www.landersfh.com. Arrangements are under the direction of C.H. Landers Funeral Chapel, Sidney.
Saturday
13
August

Share Your Memory of
Thornton
Upload Your Memory View All Memories
Be the first to upload a memory!
Share A Memory
Plant a Tree