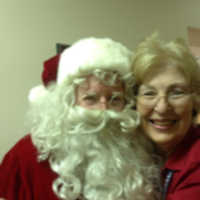 Patricia Ann Butts-Pike passed away peacefully on November 27, 2021, in Port Charlotte, FL, after a lengthy battle with Parkinson’s disease. Patricia was the daughter of the late Everett and Madeline Lombardi Butts from Masonville, NY. She is also predeceased by her brother, James “Jack” Butts also from Masonville. Patricia attended Sidney Central School and graduated from the College of St. Rose in Albany, NY, where she also entered the convent and taught for several years at Pope Pius Catholic School in Loudenville, NY. In 1974, Pat and a fellow teacher from the same school, Sher Cramer, ventured to Ft Lauderdale, FL, to begin a new adventure in a warm, sunny locale. Their friendship remained strong throughout five decades. It was in Ft. Lauderdale that Pat began her teaching profession at American Heritage School. She went on to become the Upper School Principal for AHS until her retirement in 2013. In total, Patricia dedicated 39 years to the students and teachers at American Heritage as a teacher, mentor, principal and friend. Her legacy at AHS will live on through her many career accomplishments. Pat enjoyed traveling the world extensively with her friend, Sher, and it was in Monte Carlo that Pat met her loving husband, Bob. Her favorite past times were attending as many events as possible at American Heritage School, visiting family in NY and creating yummy deserts. Patricia is survived by her husband, Robert Pike and his son Rob and Stephanie Pike, Arcadia Fl. Daughter Kelly (Rob) Lotze, Clearwater, Fl. Grandchild Megan (Justin) Page and Dylan and Randi Lotze. Great Grandchildren Karper and Kopelan Page. She is also survived by her niece Kathy (Terry) Lent Bainbridge NY, their daughters Amanda Swartwout, Brayden and Gavin. Alisha (Matthew) Clark, their children Waylon, Nora and Dalton. Several cousins on the Lombardi side of the family as well as many longtime friends and acquaintances. She also leaves at home her fur babies Gracie and Sadie. The family extends its thanks to the caregivers who touched Pat’s life in the last few years, enabling her to remain in her home. Using Ms. Butts’ favorite words upon a friend’s departure and our hope for her is “May you go in Peace”. A private graveside service was held on December 2, 2021, at her final resting place in Oak Hill Cemetery, Arcadia, Fl. Funeral arrangements were under the direction of Ponger-Kays-Grady Funeral Home, Arcadia, Fl. Memorial donations may be made in her honor to The Michael J. Fox Foundation for Parkinson’s Research P.O. Box 5014 Hagerstown, MD 21741

Share Your Memory of
Patricia
Upload Your Memory View All Memories
Be the first to upload a memory!
Share A Memory
Plant a Tree