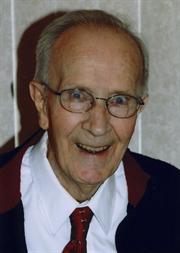 Obituary of Raymond A. Wagner

Raymond A. Wagner Sidney, NY Raymond A. Wagner, 91 formerly of Sidney and currently a resident at St. Louise Manor in Binghamton, passed away Saturday, February 21, 2009 at Our Lady of Lourdes Hospital in Binghamton. Ray was born on April 16, 1917, son of the late Leo and Henrietta (Jehle) Wagner in Sharpsburg, PA. Ray served in the military during World War II with the US Army Air Corps. On August 17, 1940, Ray married Anna White in St. Albans, NY. She predeceased him on March 12, 1989. Ray was a longtime employee of Amphenol Corporation, working as a gauge inspector from 1939 until his retirement in 1978. He was a dedicated member of the Sacred Heart Church in Sidney, the Charles L. Jacobi American Legion Post 183 and the Del-Chenango Rod and Gun Club. Raymond is survived by: 3 daughters: Patricia and Victor Tartaglia Sidney Alice and Barry Schmidt New Milford, PA Jean and Robert Wiggin Folsom, CA 7 grandchildren: JoAnn Stevens, Catherine Suriano, Nicholas Tartaglia, Amy Kuntz, Christine Jalbert, Jessie Kasko and Paul Doyon. 8 great grandchildren Sister, Henrietta Tiernan Denver, Colorado Brother-in-law: James and Lorraine White As well as several special nieces and nephews. In addition to his wife, Raymond was predeceased by one sister, Marietta Wagner and eight brothers: Laurence, Leo, Albert, Vincent, Bernard, Louis, Norman and Frederick Wagner. Friends are invited to call on Wednesday February 25, 2009 from 5:00-7:00pm at the C.H. Landers Funeral Chapel 21 Main Street Sidney, NY 13838. A Mass of Christian Burial will be held on Thursday, February 26, 2009 at 11:00am at the Sacred Heart Church in Sidney with Rev. Fr. Gordon Polenz, pastor officiating. Burial will take place in the spring at Prospect Hill Cemetery, Sidney, NY. In lieu of flowers, memorial contributions in Raymond's name may be made to the Juvenile Diabetes Research Foundation International, 5959 Central Ave. #202, St. Petersburg, FL 33710 or online at www.jdrf.org. Arrangements under the direction of C.H. Landers Funeral Chapel 21 Main Street Sidney.

Share Your Memory of
Raymond
Upload Your Memory View All Memories
Be the first to upload a memory!
Share A Memory
Plant a Tree