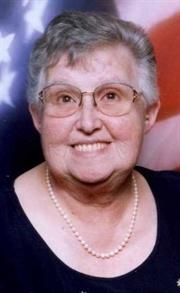 Dawn Marie Sherman Bainbridge, NY Dawn Marie Sherman, 71 of Bainbridge passed away on Tuesday, July 28, 2009 at University Hospital in Syracuse. Dawn was born on October 18, 1937, daughter of the late Stanley Morris and Gertrude Elizabeth (Peck) Harvey in Oneonta. She graduated from Otego Central School with the class of 1956. Dawn then went on to obtain her Associates Degree in Business Management from Lowell's Commercial College in Binghamton. On April 20, 1957, Dawn married Floyd Sherman in Otego, NY. He predeceased her on July 2, 1997. Dawn was an active member of the Church of Jesus Christ of Latter-day Saints, attending services in both Greene and Binghamton. Before Floyd's passing, he and Dawn celebrated their 40th wedding anniversary on the 150th anniversary Mormon Trail Wagon Train. After trucking their ponies to Nebraska, they went five weeks on the trail. Dawn's involvement in her church was of utmost importance to her. Also of great importance and joy in her life, were Dawn's many grandchildren and great grandchildren. Dawn was also a wonderful caregiver, spending the last several years caring for her son-in-law, Frank. Over the years, she also helped care for many other individuals in need. Dawn's kind, loving nature made her a wonderful wife, mother, grandmother, great grandmother and sister. She was a Christlike example to all those around her. She was deeply loved and will be truly missed. Dawn is survived by: Two daughters and sons-in-law: Darleen and David Shelanskey Orem, Utah Gail and Frank Feitsma Binghamton Son and daugther-in-law: Phillip and Elaine Sherman Bainbridge 13 grandchildren and 15 great grandchildren, with one more on the way Sister, Rosemary Moynihan Prescott, AZ Brother and sister-in-law: Melvin and Judy Harvey Cobleskill, NY As well as several nieces and nephews Friends are invited to call on Tuesday, August 4, 2009 from 7-9pm at the Church of Jesus Christ of Latter-day Saints, 305 Murray Hill Road, Vestal, NY and on Wednesday, August 5, 2009 from 9-10am, prior to the funeral, at the church. Funeral services will be held on Wednesday, August 5, 2009 at 10:30am at the Church of Jesus Christ of Latter-day Saints. Burial will be in Greenlawn Cemetery, Bainbridge, NY. In lieu of flowers, memorial contributions in Dawn's name may be directed to the Church of Jesus Christ of Latter-day Saints, 1 Lions Park Lane Greene, NY 13778. Expressions of sympathy may be sent to the family online at www.landersfh.com. Arrangements under the direction of C.H. Landers Funeral Chapel 21 Main St. Sidney.

Share Your Memory of
Dawn
Upload Your Memory View All Memories
Be the first to upload a memory!
Share A Memory
Plant a Tree