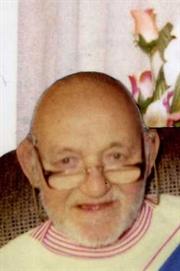 Matthew Jankowski Guilford, NY Mateusa Jankowski, 87 of Guilford, NY; a retiree residing formerly near East Hampton, NY, earthly presence was extended to a greater impulse; which so many are soul heartedly saddened by loss of, on Thursday, February 19, 2009, at the Tri-Town Regional Hospital in Sidney, NY. Matthew was born on October 6, 1921, only child of late Michael and &quot;Mary&quot; Jankowski in Turnipol, Poland (now Post-War Russian Territory). Immigrating as a pre-teen youth to his father in NYC, Matty danced semi-professional Polish folk on numerous stages via the &quot;Club Zaloziecki&quot;, a youth organization established 1936, NYC, by Mietek's Father and Chartered 1939. Then, too, Matt also began a lifelong commitment singing tenor with &quot;Echo&quot;, a men's Polish choir. Matthew served in the United States Army from 1941 to 1945 as a military policeman as well as a swimming/Senior First Aid/Safety/Diving/Boating and Canoeing instructor at Camp Letts, Maryland. From 1946-1948, with his best friend/co-dancer/singer and then later best man, Zigumund, set up &quot;Zigmatt Photography Studios&quot; in Brooklyn, NY. January 11, 1948 Matthew married Genevieve S. Kucienski in St. Stanislaw's Church, NYC, to which they maintained patronage with the family. Genia predeceased Mietek on October 19, 2001. 1958, the Jankowski family moved to Rockdale, NY where they owned and operated a 250 acre dairy farm near Mt. Upton; as well as Grand Union, Sidney and Bainbridge Produce Manager. Additionally, Matt and Genia enjoyed league and tournament bowling at 20th Century Lanes, Sidney. Relocating to NYC, Matthew was employed by the Trustees of Columbia University, Graduate Housing residences as Buildings Superintendent for staff and students; yet also a dutiful patron of the church and school of Corpus Christi, 121st, NYC until his retirement June, 1985. Following C.U. Retirement, Matty was chosen to be Treasurer for the East Hampton Senior Citizens. Husband, wife and family enjoyed fishing and boating off Long Island and gardening. Also they were parishioners of St. Peter's Church in Amagansett. Talented all around, Matthew, an artist, greatly enjoyed painting and calligraphy. 2001, &quot;Tatus&quot;, (&quot;Father&quot; in Polish), moved to Guilford to reside with his daughter, Lilus, unto a higher arranged destination. Mateusa Jankowski is survived by: His loving son and daughter-in-law, Richard and Caroline Jankowski Oxford, NY 2 granddaughters, Regina and June Ellen Jankowski Grandson, Jonathan Jankowski 2 Step Granddaughters and their families His loving daughter and her companion, Lillian E. Jankowski and Joseph Finger Guilford, NY In addition to his devoted wife, Matthew was predeceased by one son, Eugene Jankowski in 1998. Friends are invited to call at their convenience on Tuesday, February 24, 2009 from 9:30am to 7:00pm. The family will be in attendance from 5:00pm until 7:00pm, with a prayer service by Fr. Gordon Polenz at 5:00. A Mass of Christian Burial will take place on Wednesday, February 25, 2009 at 10:00am at the Sacred Heart Church, Liberty Street Sidney with Rev. Fr. Gordon Polenz officiating. Burial with military honors will take place in the spring at Maplewood Cemetery, Mt. Upton. In lieu of flowers, memorial contributions in Matthew's name may be made to the Sacred Heart Church, 15 Liberty St. Sidney, NY 13838 or to the American Heart Association. Arrangements under the direction of C.H. Landers Funeral Chapel 21 Main St. Sidney.

Share Your Memory of
Matthew
Upload Your Memory View All Memories
Be the first to upload a memory!
Share A Memory
Plant a Tree