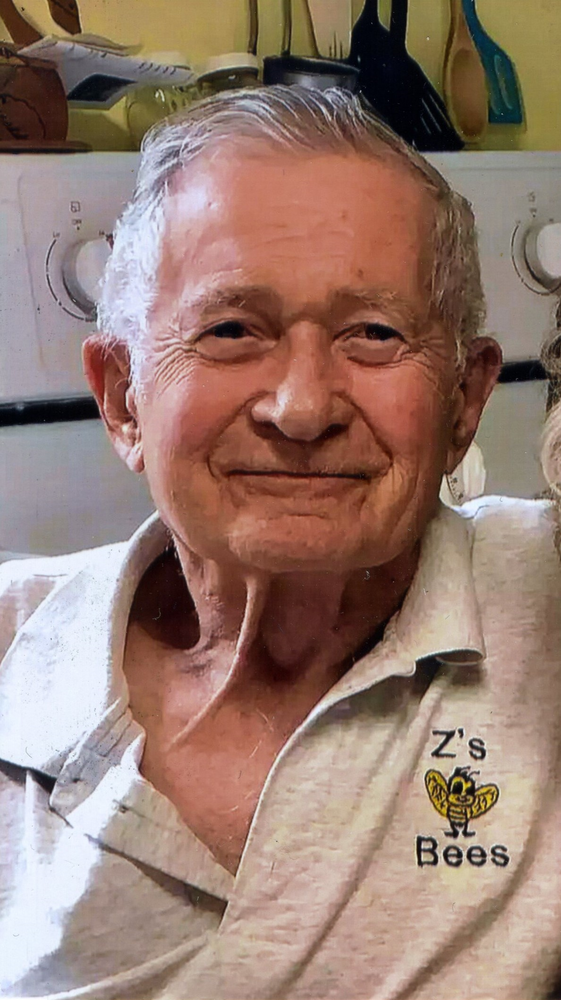 Obituary of Ronald A. Zablocki

Please share a memory of Ronald to include in a keepsake book for family and friends.
View Tribute Book
Ronald Alfred Zablocki, 84, of Afton, passed away on January 11, 2023 in the comfort of his home. He was born on October 27, 1938 in Detroit, MI, son of the late Stella and Edward Zablocki. After graduating from high school, Ron joined the Navy and served as a Seabee (CB), primarily in Barbados, and then in the reserves. He met the love of his life, Irene Tobey, on a blind double date. They were married on Halloween of 1959 and went on to have 3 children- Karen, Theresa and Michael. Ron worked at Scintilla/Bendix/Amphenol as a machinist for over 40 years. He also used his expertise as a volunteer fireman to teach many fire and safety classes there. His knowledge from working as a Seabee carried over to extra time working at Briggs Lumber Co. in Afton. Ron's interests included spending time with family, traveling, doing puzzles and woodworking. He and Irene started every day with exactly two games of Skip-Bo. Ron and Irene were known for their walks together, always hand in hand. He loved hunting and trapping with his trusty beagle, Chops, at his side. Ron was a pillar in the community, and dedicated 45 years and thousands of volunteer hours with the Fire Department and Ambulance Squad. It was Ron who designed and implemented the Afton Fire Number System. He was awarded the Fireman of the Year in 1978. Ron is survived by his daughter, Theresa of Norfolk, VA; granddaughters, Mary Richards of Williamsburg, VA and Laura Richards of Norfolk, VA; and a number of nieces and nephews. He is also survived by a brother, James (wife Elaine) of Afton; a brother, Jerry (wife Cathy) of Michigan, and a sister-in-law, Janice of Michigan. Ron was predeceased by his wife of 63 years, Irene; his children, Karen and Michael, and a brother, Richard. Friends and family are welcome to celebrate Ron's life on Tuesday, January 17th from 4:00-6:00pm at the C.H. Landers Funeral Chapel, 21 Main St. Sidney, NY 13838. Burial will be in Glenwood Cemetery, Afton, in the spring. Memorial donations can be made to the Afton Free Library, or the Afton Glenwood Cemetery Association. Share condolences and memories online at www.landersfh.com. Arrangements are under the direction of C.H. Landers Funeral Chapel, Sidney.
Tuesday
17
January

Share Your Memory of
Ronald
Upload Your Memory View All Memories
Be the first to upload a memory!
Share A Memory
Plant a Tree