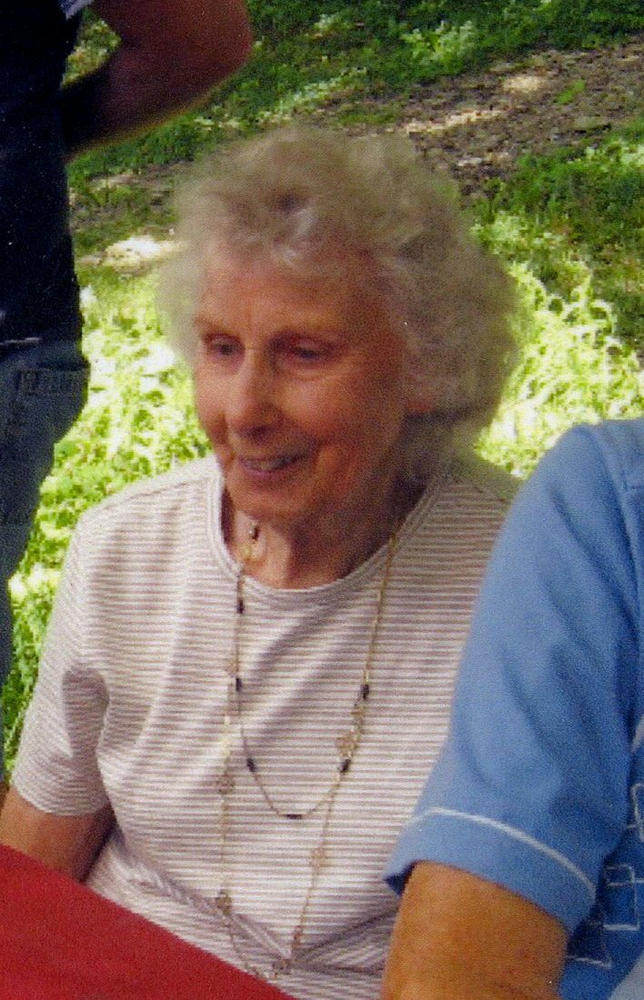 Please share a memory of Shirley to include in a keepsake book for family and friends.
View Tribute Book
Shirley "Peg" Davidson, 91, the last original resident of James Street in Sidney, passed away at her home on Thursday, December 15, 2022 after a period of declining health. Peg was born February 21, 1931, in Masonville, daughter of Raymond and Olive (Knapp) Hard. She graduated from Sidney High School with the Class of 1948. On January 13, 1952, she was married to Kenneth Reed Davidson. Reed predeceased her in 2015 after 63 years of marriage. Peg worked for over 30 years in the cafeterias of Sidney Central School. She loved to cook and bake especially. She could often be found tending her flower and vegetable gardens or going to lawn sales. She was a member of the Sidney United Methodist Church. Peg is survived by three sons: Randy Davidson of Sidney Center, Ronny Davidson of Syracuse, and Scott Davidson of Sidney; granddaughters: Jessica, Katelyn and Shiri, and a great-granddaughter, Jaylee, as well as many nieces and nephews. In addition to her husband Reed, Peg was predeceased by her two brothers, Ken and Keith, and her five sisters: Belva, Neva, Inez, Phyllis and Mildred. Graveside services will be held in the spring in Prospect Hill Cemetery, Sidney. In lieu of flowers, memorial donations in Peg's memory may be directed to the Sidney United Methodist Church, 12 Liberty Street Sidney, NY 13838. Condolences and memories may be shared online at www.landersfh.com. Arrangements are under the direction of C.H. Landers Funeral Chapel, Sidney.

Share Your Memory of
Shirley
Upload Your Memory View All Memories
Be the first to upload a memory!
Share A Memory
Plant a Tree