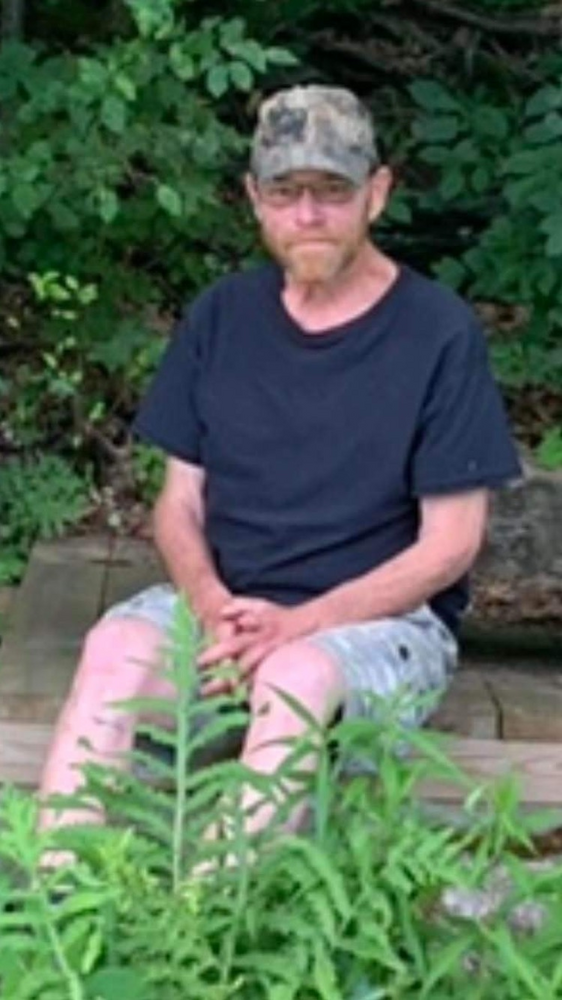 Please share a memory of Ralph to include in a keepsake book for family and friends.
View Tribute Book
Ralph Lewis Shearer III went to the arms of Jesus and his parents on Saturday December 3, 2022, at his home in Afton, NY. He was born on March 2, 1964 in Arcadia, California. Ralph (who most people knew and referred to as "Chipper" or "Chip") lived in California for the first 7 years of his life. He then returned to New York with his parents, Ralph and Edna Shearer, and 5 sisters, Laurie, Carrie, DeAnn, Jenny, and Kathy, where they all resided in Bainbridge. Ralph went to school in Bainbridge and had many friends, acquaintances, and family there. All who knew him well, knew he spent his childhood years either fishing, hunting, playing or watching football, or tormenting his sisters! He was an avid sportsman who enjoyed all outdoor sports, so he spent a lot of time in camo and in the woods, but his true love was his family! He enjoyed a very close and loving relationship with his parents, all 5 of his sisters, and his savior Jesus. He said as a child, every time there was an altar call, he would go up front and get saved again because he always wanted Jesus to know how much he loved him! In 1994, he married Lisa VanBuren and then proceeded to fulfill his true calling which was being a daddy! He adored his children, Amanda Beth, Joseph Levi, and Benjamin Harlan. He still enjoyed all the same pursuits: fishing, hunting, and the NY Giants, but nothing lit up his life as much as his babies! To date, he has one grandson and 68 nieces and nephews, with three more on the way! So there was always a baby to bounce and he would always want to be the first in the baby line! Ralph was an avid reader. He loved history, especially any type of military history. He could tell you dates, times, and participants of every war, battle, or skirmish that ever happened! He loved to fish and spent many hours in his little green "crawdad" floating along the edges of Afton Lake catching and releasing what he always referred to as "monster bass"! He loved hunting and also spent many hours in the woods. When his little boys were old enough to join him they would tell me that he mostly just took a nap in the woods! But he loved the woods of upstate NY and the pursuit of fresh air, venison, turkey, and apparently naps! Ralph was an avid football fan also. He played the game himself as a youth, then grew into a passionate NY Giants fan and then got to be a football dad with his boys from pee-wee football up through middle school! Many years were spent in the bleachers with 3 kids who played sports from Kindergarten through Graduation! He had a charming smile and a quick wit! He, like his father, liked to tell dumb jokes! He loved music and would spend time in his vehicle, with the windows up, blasting music from Rush, instrumentals, and Rich Mullins! He loved life and many things, but will be greatly missed and best remembered by a large loving family, as a man who loved his Lord, his parents, his sisters, and his family fiercely and more than anything. Ralph is survived by his wife, Lisa Shearer; three children: Amanda (Daniel) Beismer, Benjamin (Dawn) Shearer and Joseph Shearer; two grandsons, Weston Bunzey and Bryan Beismer; sister, Laurie Gregory and family (Phillip and Addie Gregory-Natalie, Trevor, Daeja) (Sharon and Tommy McElurath-Scarlette, Tytus, Thaddeus) (Matt and Emily Gregory-Leah, Ethan, Levi) (Caleb Gregory); sister, Carol and Gary Mohr and family (Adam and Lindy Monroe-Gabe, Lilly, Olivia) (Clayton and Erin Monroe-Ellery, Charlotte, Cal) (Cole and Courtney Monroe-Carter); sister DeAnn and Brent Paino and family (Ashley Stanton-Maddie and Ricky) (Paul and Angela McLain-Abby, Evan, Eli) (Zach and Jamie McLain-Iszack, Ian, Izaiah, Ivy) (Corbin and Tiffany Paino-Rosy, Izzy and Javson) (BreAnne Paino); sister, Jenny and Steve Lothridge and family (Sam and Alexis Lothridge-baby Sam) (Kathleen and Phillip Parenteau) (Luke Lothridge) (Shane Lothridge); sister Kathy Shearer and family (Michael, Jeanette, Carol, Aubrey). He was predeceased by his parents, Ralph and Edna Shearer. A memorial service will be held at 1:00pm on Saturday, December 10th at the Afton Baptist Church, 30 Caswell St. Afton, NY 13730. Share condolences and memories with the family online at www.landersfh.com. Arrangements are under the direction of C.H. Landers Funeral Chapel, Sidney.
Saturday
10
December

Share Your Memory of
Ralph
Upload Your Memory View All Memories
Be the first to upload a memory!
Share A Memory
Plant a Tree