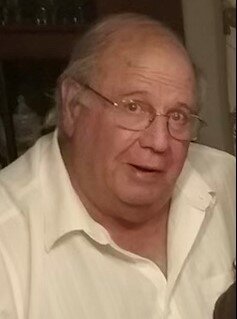 Obituary of Mark A. Granan

Please share a memory of Mark to include in a keepsake book for family and friends.
View Tribute Book
Mark Granan, 76, longtime resident of Sidney, N.Y. passed away peacefully at his home on December 3,with his loving wife, Christine, by his side. Mark was the son of Frank Granan and Arlene VanEpps Granan. He graduated from Linton High School in Schenectady in 1964 and Hudson Valley Community College in 1966. After graduating from HVCC, he taught 4th grade at St.Peter’s Catholic School in Troy, N.Y. and discovered his true calling. He continued his education at Oneonta State University College and graduated in 1970. It was there that he met his future wife, Christine. They celebrated their fifty third anniversary earlier this year. After teaching for several years at Mt Upton Central School, he joined the staff at Greene Central School where he taught for more than twenty years. Over the years, he coached football, basketball and baseball and shared many fond memories of the students he taught and coached. Through his efforts eight man football was introduced to Greene thereby saving the football program. He was honored with yearbook dedications in 1971, 1976, 1979, 1992, and 1996. One dedication stated that he was an “open, honest and sincere man who offered his students the most valued thing a human being can offer. . . friendship both on the field and in the classroom.” He served as president of the Teachers Association in both Mt Upton and Greene. When he retired, Mark continued his commitment to education and served as president of the Chenango County Retired Teachers Association. He was an active member of the Sacred Heart Catholic Church in Sidney and served for several years as Parish Council president. He was named Parishioner of the Years in 2001 An avid jigsaw puzzle fan, he assembled many 3000-piece puzzles and decorated his garage with a gallery of puzzle art. He enjoyed reading history books and had a vast collection of baseball cards. Mark had a joyful sense of humor and a generous spirit. He was a highly principled man, devoted to his family and community and will be greatly missed. In addition to his wife, he is survived by his son, Sean of Thompson, PA, his son Matthew and his wife, Lija, of Park Hill, OK as well as his brother James Granan, and sisters Carol Reisenger and Holly Ward. He is also survived by the joy of his life, his grandchildren Jasmine, Izaiah and Baine The family would like to thank his many caregivers and Hospice for their continued support. Visitors will be received on Tuesday, December 6 from 4:00 to 6:00 at C H Landers Funeral Chapel 21 Main St. in Sidney. A Mass of Christian burial will be celebrated at Sacred Heart Church, 15 Liberty St. on Wednesday, December 7 at 11:00 In lieu of flowers, a memorial contribution can be made to a charity of your choice. Condolences and memories may be shared online at www.landersfh.com Arrangements are under the direction of CH Landers Funeral Chapel Sidney, NY
Tuesday
6
December

Share Your Memory of
Mark
Upload Your Memory View All Memories
Be the first to upload a memory!
Share A Memory
Plant a Tree