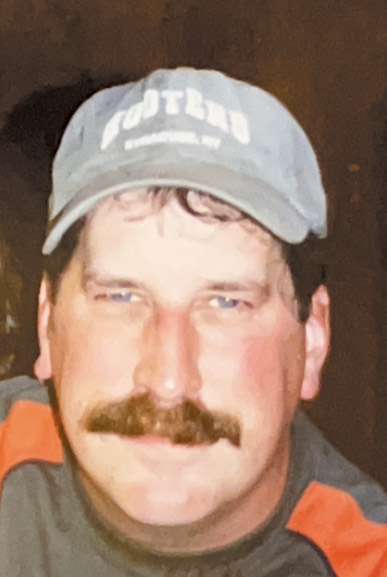 Please share a memory of Richard to include in a keepsake book for family and friends.
View Tribute Book
We are saddened to announce the passing of Richard “Ricky, Rick, Loogie, Barney” Barnes. Rick passed away Sunday November 27, 2022, surrounded by his family. Rick was born March 24, 1962, in Sidney, NY to Richard “Dick” and Patricia Barnes. He worked until his retirement at Sidney Central School as a bus mechanic. Before that he worked at Grand Union and Butler Auto Sales in Sidney. He was also a long time member of the Sidney Fire Department. Rick was a man who had many activities he enjoyed doing. He was a proud member of the Raider nation, where you could find him spending his Sunday’s afternoons. His enthusiasm was also shown in his enjoyment in watching and cheering for the Mets and car racing. During his time spent in retirement he picked back up on his enjoyment building model cars and working on RC cars with his grandson Carter. While growing up Rick would drive his mom crazy by playing his rock music so loud it would rattle his mom’s china cabinet. His role as Grampy was one of the most important jobs he had. He taught Carter the love of baseball and rooting for the Mets. He made sure Olivia had pretty dresses for any occasion. His love of cars and trucks was shared with Travis. Rick was excited to spend the holidays with his family. Halloween was an all time favorite especially for the sweets. Christmas was a close second, he would spend many hours watching The Home Shopping Network to find the perfect present. Rick was survived by his father Richard F. Barnes, his wife Jennifer Barnes, his children Christopher Barnes and wife Jordan of Norwich, NY, Erica Geist and husband Jason of Greene, NY, Owen Barnes and Marannda Barnes of Sidney, NY. Three grandchildren Carter and Olivia Geist, and Travis Barnes. Two sister Cindi and Rusty Northrop from TN, and Connie Barnes and partner Brian from Norfolk, VA. Two nieces Megan Crawford and husband Jeremy; Stephanie Ray; Five nephew Matt Benjamin and wife Carly; Mike Benjamin and wife Chelsea; Kyle Ray and wife Ashley; Derrick Northrop and wife Kaylan; Trevor Northrop, and his grandpup Nala. He also leaves being many aunts, uncles, cousins, great nieces and nephews and many great friends. He was predeceased by his mother Patricia Barnes, and his grandparents Mildred Bennett and Charles and Marion Caswell. Friends may call Saturday, December 3, 2022 from 11:00am to 1:00pm at CH Landers Funeral Chapel 21 Main St. Sidney. Rick's family requests everyone to wear casual attire. There is no funeral service. Condolences and memories may be shared online at www.landersfh.com In lieu of flowers donations may be made for Rick’s grandchildren’s education Arrangements are under the direction of CH Landers Funeral Chapel 21 Main St. Sidney.
Saturday
3
December

Share Your Memory of
Richard
Upload Your Memory View All Memories
Be the first to upload a memory!
Share A Memory
Plant a Tree