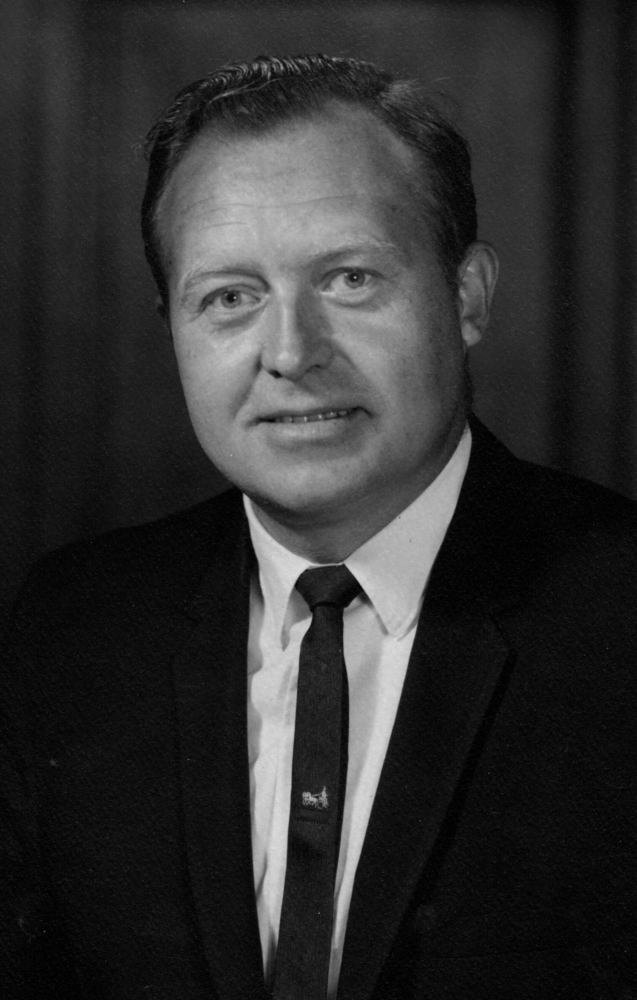 Please share a memory of William to include in a keepsake book for family and friends.
View Tribute Book
William R. Meyer, 92, of Sidney, was reunited with his bride on Friday, October 7, 2022. He was born August 27, 1930 in Queens, NY to William and Magda Meyer. The Meyer family moved to the family farm in Roscoe, NY when Bill was young. He learned to appreciate nature while hunting and fishing growing up on the farm which later became the Mountain Laurel Farm, a small resort and vacation spot for NYC residents seeking respite from city life. He graduated from Roscoe High School and attended SUNY Delhi. He left SUNY Delhi to help on the farm when his father became ill. Bill later joined the New York State Police in the days of breeches, puttees, spurs and cross-draw 45's. He met the love of his life, Hope O'Hara, while attending Sunday Mass at St. Mary's in Oneonta. Hope thought he was handsome in uniform and he said she was beautiful. They married on January 26, 1957. Hope was the widow of a trooper killed in the line of duty and had a young son. Bill raised that son as his own and together they had four more children. In 1967, the family moved from Oneonta to Sidney and built one of the first homes on Hatfield Avenue. Upon retiring from the NY state Police as an investigator in the Bureau of Criminal Investigation in 1977, Hope and Bill traveled extensively throughout Europe and visited relatives in Germany and Ireland. They then enjoyed a long career of buying and selling antiques and collectibles throughout the Eastern United States. They enjoyed traveling, including their annual week of vacation to the Saratoga Race Track, Lake George, and the annual family vacation to Lewes, Delaware. Win or lose, Bill was an ardent NY Mets and Buffalo Bills fan. In his later years, he especially enjoyed holiday family gatherings and any time spent with his children, grandchildren and great-grandchildren. Bill was predeceased by his loving wife of 56 years, Hope Meyer, parents William and Magda Meyer, granddaughter Kaylan Rae Bargher, and brother and sister-in-law Gerald and Joan Crandall. He is survived by children Patrick (Nancy) O'Hara of Milford, William (Sharon) Meyer of Sidney, Stephen (Bonnie) Meyer of West Winfield, Bridget (Stephen) Bargher of Yanceyville, NC, and Gerald Meyer of Sidney; grandchildren Dr. Ashley (Evan Brady) O'Hara, Helena (Alex) Meyer, Chloe (Zach) Meyer, Heike (Corey) and DeAnna Meyer, Nicole, Brandy (Nick) and Zachary Bargher, Gerald and Zoe (Ollie) Meyer and 9 great-grandchildren. He is also survived by his sister Anita (Ernest) Steinsdorfer, Park Ridge, NJ, and numerous nieces and nephews. Friends are invited to call from 10 to 11 a.m., Friday, October 14, at C.H. Landers Funeral Chapel, Sidney. Funeral services will follow at 11 a.m. at the funeral chapel. Burial will take place immediately following in Mt. Calvary Cemetery, Oneonta. Memorial donations may be directed to the Sidney VFW, 133 West Main St., Sidney, NY. 13838. Arrangements are under the direction of C.H. Landers Funeral Chapel, Sidney. Condolences and memories may be shared with the family online at www.landersfh.com.
Friday
14
October