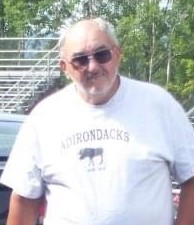 Obituary of Clinton I. Soules

Please share a memory of Clinton to include in a keepsake book for family and friends.
View Tribute Book
Clinton I. Soules 77 of Sidney passed away Tuesday, October 4, 2022 at Chenango Memorial Hospital in Norwich. He was born February 17, 1945, son of the late Ivis and Claudine (Trask) Soules in Sidney. Clinton served his country with the United States Army in Vietnam. He worked for York Modern in Unadilla until his retirement. Clinton married Ruth Ann Fullmer on February 7, 1970. She predeceased him on October 19, 1999. He enjoyed collecting, rebuilding and racing Jeeps. He is survived by his 2 sons Brian and Eugene Soules And granddaughters, Hannah and Hailey Clinton is predeceased by his sister Lorraine Cole Friends may call Friday, October 7, from 5:00-7:00 pm at CH Landers Funeral Chapel 21 Main St. Sidney A graveside service will be held Tuesday, October 11, at 2:00 PM in Prospect Hill Cemetery in Sidney. Arrangements are under the direction of CH Landers Funeral Chapel Sidney.
Friday
7
October

Share Your Memory of
Clinton
Upload Your Memory View All Memories
Be the first to upload a memory!
Share A Memory
Plant a Tree