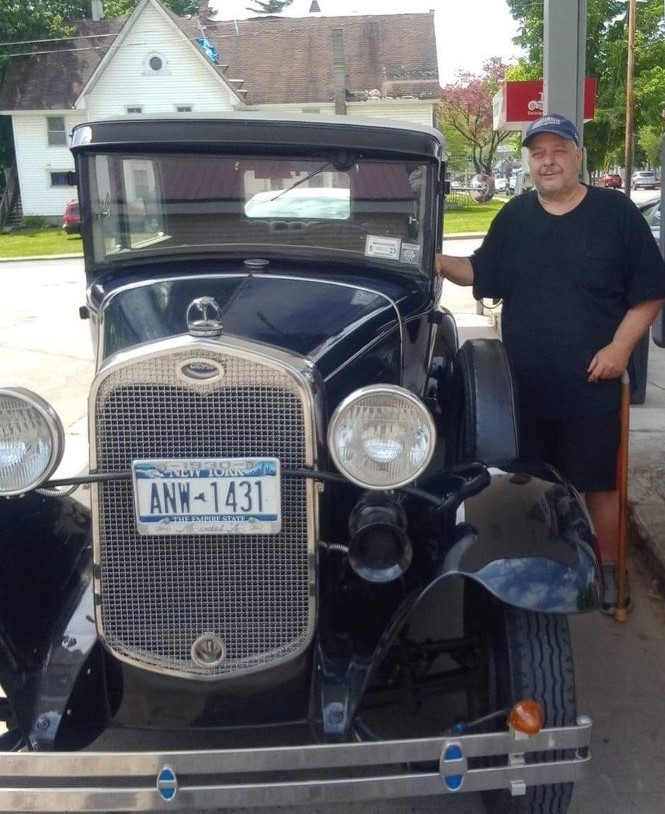 Please share a memory of David to include in a keepsake book for family and friends.
View Tribute Book
David Furgeson, 59, of Bainbridge, NY, passed away with family by his side on August 21, 2022, at Wilson Hospital, Johnson City, NY. He was born on January 24, 1963 in Sidney NY. David was the son of Harley and Mary Furgeson. Dave was a past employee at Progressive Communication. David was wonderful husband to his wife June of 31 years. David was the life of the party who lit up the room when he walked in by making people laugh with his jokes. David was known as a sick guitar player who played in bands. David was a great mechanic and teacher. Everyone would go to him with any mechanic issues they had. David would teach the ones who wanted to learn. His wife and children and grand pups meant the world to him. David is survived by His wife June Furgeson Daughters, Brandy Kozakiewicz and her Husband Dave Kozakiewicz and Mary Saunders and her husband Dalton Saunders. Siblings, Evelyn Richardson and Ralph Furgeson. Nieces and Nephews, Devyn and Destiny Gaudreau, Desiree Gaudreau, Elias, Adriana, Andrea Aldava and Ariana Nieves and Shawn Furgeson. His brother-in-law Ed Gaudreau He was predeceased by his parents, grandparents, and 3 grandchildren, and Mike Furgeson. A celebration of life will be held on September 3, 2022 at 1:00pm at the American Legion 22 Union St, Sidney, NY 13838.