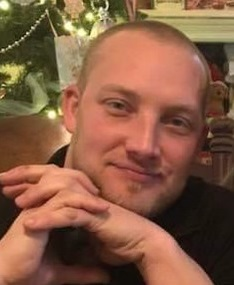 Please share a memory of Devin to include in a keepsake book for family and friends.
View Tribute Book
Devin Jay Freudenmann passed away August 20, 2022. Devin was born in Oneonta NY to parents Bernard and Linda Freudenmann, of Franklin NY. Devin is survived by his children Mia Freudenmann and Damien Freudenmann. His sisters Tamara, Danielle and Brittany. As well as his niece Kaylee Spooner. He is also survived by his Uncle Jeff McCormack, Uncle Ronnie McCormack and Aunt Karen Lovick. His cousins, Jimmy McCormack, Jeffrey and Alison Aylesworth. And the Talucci and McCormack families Devin was an amazing father, son and brother. He was the only boy with 3 sisters. Growing up Devin attended Franklin and Delhi schools and furthered his education at AMI in Daytona Beach, Florida where he later graduated. Devin was blessed with the talent of welding and he was an amazing welder who custom made many things for family and friends including a soccer goal for his son Damien. Devin was a jokester, leaving crazy phone messages, sending goofy pics, anything to make people laugh. A Harry Potter and Star Wars connoisseur, he was a lover of Lil Wayne, always rapping in the car with his kids. He loved camping, motocross, video games, hunting and spending time with his family and friends and especially his children. He was an amazing pie maker, he made all the holiday pies and every single apple had to be the same size, pies would take hours, but they tasted like his Nanny's pies and that was the best part. Christmas was Devin's holiday; he would watch a Christmas Story 100 times a year even before the holidays. He had a leg lamp up all year round in his front window for all to see. He even would hide a Christmas cat figure at his sister Tara's every year all over her house, moving it weekly. Devin was always willing to help a friend in need a sister who wouldn't drive in the snow, or his parents when his dad would break something on the 4-wheeler. Devin will be missed more than words; life will never be the same for any of us. Graveside services will be held at 2:00pm on Thursday, August 25, 2022 in Ouleout Valley Cemetery, Franklin. In lieu of flowers please donate to the Ouleout Valley Cemetery Fountain Restoration, PO Box 62, Franklin, NY 13775. Arrangements are under the direction of C.H. Landers Funeral Chapel, Sidney.
Thursday
25
August

Share Your Memory of
Devin
Upload Your Memory View All Memories
Be the first to upload a memory!
Share A Memory
Plant a Tree