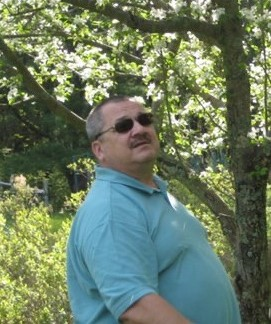 Please share a memory of Zygmunt to include in a keepsake book for family and friends.
View Tribute Book
Zygmunt, or Ziggy, as his friends and family called him, was a loving husband, father, brother, and friend. Ziggy was born in the small country town of Bojanow, Poland, the youngest of 10 children. Ziggy loved growing up in the country life, where he learned beekeeping from his father, enjoyed hunting in the woods, and fishing by the river. Bojanow is also where Ziggy went to school and met the girl who would become his loving wife, Kazimiera. Ziggy loved his country, Poland. After finishing trade school, he went on to serve in the Polish Army for 4 years, after which he moved to the United States to get married. Poland never left his soul, as he would travel back to his homeland several times, and never missed a chance to sing a song, dance and listen to Polish music. Ziggy made a living as a superintendent of an apartment complex in Piscataway, New Jersey, where he and his wife, as rental agent, worked together for nearly 30 years. It is here in Piscataway where they raised their one and only child, their son, Paul. Ziggy spent his leisure time the same as he did growing up in Poland. He loved getting on his boat and driving it in the waters of Lake George, or fishing at one of his many favorite lakes from New Jersey to Upstate New York, or hunting in the forests, especially during deer season. After retirement, Ziggy spent most of his remaining years in Upstate New York. Zygmunt Tadeusz Kobylarz leaves behind his loving wife, Kazimiera Kobylarz, his loving son, Paul Kobylarz, and his loving dog, Lucky. He is also survived by his brother, Bronek and two sisters, Kazia and Bronia. He was predeceased by his parents, Jozef and Julia Kobylarz; four brothers, Staszek, Franciszek, Piotr and Wladek; and two sisters, Celina and Maria. A memorial mass at Sacred Heart Church, 15 Liberty St., Sidney, will be held at 1:00pm on Friday, June 24, 2022. Share condolences and memories with the family online at www.landersfh.com. Arrangements are under the direction of C.H. Landers Funeral Chapel, 21 Main St. Sidney, NY 13838.
Friday
24
June

Share Your Memory of
Zygmunt
Upload Your Memory View All Memories
Be the first to upload a memory!
Share A Memory
Plant a Tree