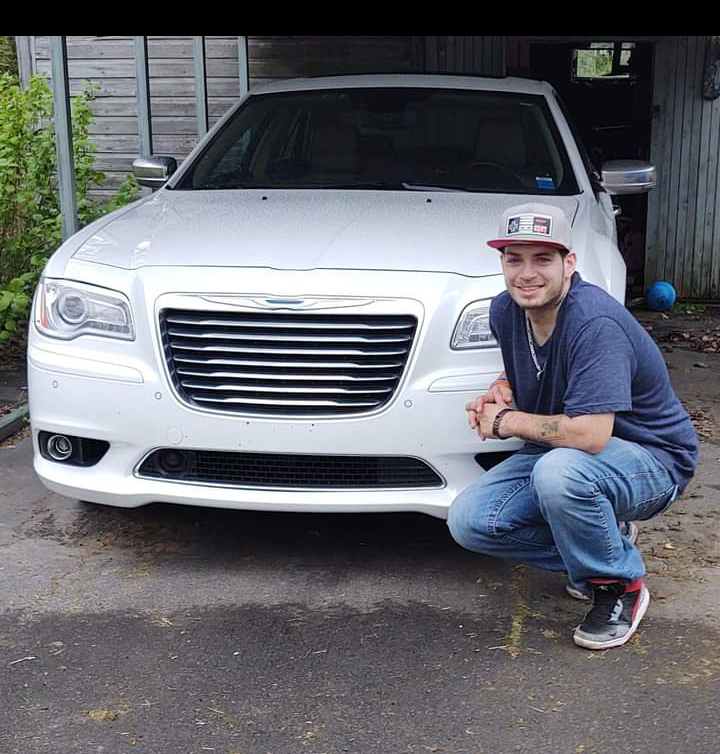 Please share a memory of Anthony to include in a keepsake book for family and friends.
View Tribute Book
Anthony Roger Botte II, 34, passed away unexpectedly on May,6, 2022. He was born on September 20, 1987 in North Tarrytown, NY to Sarah Applegate and Anthony Botte Sr. Anthony was a fun loving individual. Growing up, Anthony had a very close relationship with his grandfather, Jerry. Anthony would share great memories of fishing and how he enjoyed just simply watching television with his grandpa. Anthony made a lot of friends while growing up in Sidney, NY. He enjoyed playing basketball and just hanging out with his pals. One day, Anthony met the Harley Quinn to his Joker, and became quite the family man. He really enjoyed spending quality time with his family. Whether it be playing Call of Duty with his wife, watching movies with his munchkins, or going on road trip adventures. Being a good dad is what Anthony wanted most in life. Anthony also had a lot of love for his animals. He was a proud owner of four dogs, Daisy, Anubis, Minni, and especially Scrappy. Anthony also had a love for his hat collection. Especially the ones that were apart of his DC/MARVEL memorabilia. And anyone who knew Anthony knows he sure loved his Chrysler 300 that he named, Ivory. In all, Anthony is a person who will be missed terribly by his loved ones Forever and Always. Anthony is survived by his wife, Ashley Botte. His children, Zoey, AJ, BellaDonna, Caterina, and Colin. His parents, Sarah Applegate(Brian) and Anthony Botte. His mother in law, Julie Porter and step mom, Lisa Pritchard. His sisters, Ashley Schermerhorns(Jared), Kona Carman(Devon), and Elizabeth 'Nisa' Carman(William). His grandmothers Barbara Johnson and Barb Schermerhorn. His grandpa, Charles Schermerhorn. His nieces, Trinity, Adalyn, Cailet, Amelia, and Danora. His nephews, Aiden, Bubba, and Kyler. His uncles, Ronald McMullen and John Johnson Jr(Denise). His aunt's, Georgia Gonzales(Joseph), Donna Decarr(Tim), and Jamie Ballard(Audra). Along with many cousins and friends. Anthony was predeceased by his brother Michael 'Mikey' Schermerhorn and brother in-law Colin Barr. His grandfathers, Jerry Botte and John Johnson. His grandmother, Vicky Botte. His uncle, Edward McMullen. And his step dad, David Schermerhorn. May Angels Lead You In, We Love You Anthony! A memorial service will be held June 17, 2022 at 5:00PM at CH Landers Funeral Chapel 21 Main St. Sidney. Condolences and memories may be shared online at www.landersfh.com
Friday
17
June

Share Your Memory of
Anthony
Upload Your Memory View All Memories
Be the first to upload a memory!
Share A Memory
Plant a Tree