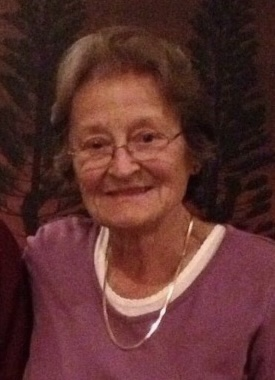 Please share a memory of Elinore to include in a keepsake book for family and friends.
View Tribute Book
Elinore A. Rowe, 90, of Mt. Upton, NY passed suddenly on Thursday, May 19, 2022 with her daughter by her side. Elinore was born to a young German couple, Phillip and Helen (Leis) Schlosser, on October 12, 1931 in Belleville, NJ. She traveled as an infant with her parents to Germany where they planned to leave her temporarily with her grandmother, aunts, and uncles as they became established in New Jersey. The events of World War II stopped their plans of reuniting, leaving Elinore to grow up in the small German town of Gutenthal, with all the love that her extended family could give her. At sixteen, after the war was over, her parents sent for her. She traveled across the Atlantic by ship to the United States, leaving behind everyone and everything that she knew to be reunited with her parents and three brothers on a farm on Lower Unionville Road in Sussex, NJ. Only able to speak German, her family taught her to speak, read, and write in english. She raised heifers for her parents on the farm and it was there that she met a dashing and enterprising cattle dealer named Martin Rowe. Elinore married Martin Rowe on October 26, 1963, and welcomed a daughter in 1964, Kathleen, who she affectionately called Schatzi. They lived on a beautiful farm on Libertyville Road, Sussex, NJ, where Elinore loved to cook and bake for family, friends, and Martin's customers. She also enjoyed sewing and knitting, canning foods from the garden, collecting antiques, and flower gardening. Martin and Elinore moved to the Mt. Upton area in 1991 where she spent lots of time with her daughter and granddaughters and enjoyed every moment, especially traveling to every one of their sports games concerts and family events. Elinore was shortly predeceased by her loving husband, Martin Rowe, sharing 58 years of happiness. Elinore is survived by her daughter and son-in-law, Kathleen and Michael Mulhair of Mt. Upton. Elinore was devoted to her three grandchildren and was a loving grandma to Jessica Zito Bilek (Ian Bilek), Stephanie Mulhair Bader (Sheldon Bader), and Samantha Mulhair Sherwood (Nate Sherwood) as well as six great-grandchildren, Penelope K. and Naomi J. Bilek, Rowen D. Bader, Nathan M., Jackson S., and Oliva A. Sherwood. Elinore is also survived by her three brothers, Phillip and his wife Betty Schlosser, of Parker, Colorado, William Schlosser of Sussex, NJ, and Carl Schlosser of N. Ferrisburg, Vermont as well as numerous nieces and nephews, and cousins and friends in Germany. She is also survived by her beloved little dog, Heidi. Elinore's family is forever grateful to her caregivers who made it possible to stay at home with Heidi. Family and Friends may call on Thursday, May 26 from 4-6 pm at CH Landers Funeral Chapel, Sidney, NY. A graveside service will be held on Friday, May 27, 10:30 am, at Beemerville Cemetery, Sussex, NJ. In lieu of flowers, donations can be made to the Sidney EMS, Sidney, NY.
Thursday
26
May

Share Your Memory of
Elinore
Upload Your Memory View All Memories
Be the first to upload a memory!
Share A Memory
Plant a Tree