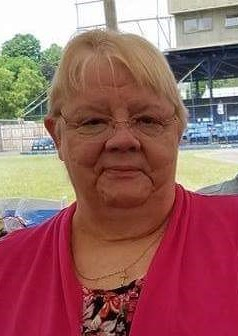 Please share a memory of Linda to include in a keepsake book for family and friends.
View Tribute Book
Linda Lou Eastwood, 73, went to be with the Lord on Wednesday, April 6, 2022 in the comfort of her home with her family by her side. She was born on February 21, 1949, the daughter of Earl D. Brooks and Alberta Jane Brooks who both predeceased her. She married Norman Eastwood on September 19, 1971. She worked briefly for NBT and was a stay at home mom until she returned to work at the Gilbertsville-Mt. Upton Central School where she was everyone's favorite Lunch Lady. One of her greatest joys was feeding kids. She is survived by her husband of 50 years Norman Eastwood; her children Stephen and wife Christina Eastwood, Heather Eastwood and boyfriend Mike Pitcher and grandson Owen Pitcher. She leaves behind four sisters Marie (David) Pratt, Wanda (George) Deak, Doris (Richard) Hoag, and Nancy (Dan) Bliss. She also leaves multiple nieces, nephews and cousins. She was a longtime member of Legion Auxiliary, Fire Department Auxiliary and the Gilbertsville Baptist Church. She enjoyed reading, watching her birds especially Cardinals and spending time with family. Friends are invited to call from 4:00-6:00pm on Sunday, April 10th at the C.H. Landers Funeral Chapel, 21 Main St. Sidney. Funeral services will be held at 11:00am on Monday, April 11th at the First Presbyterian Church of Gilbertsville, 113 Marion Ave. Gilbertsville. Burial will follow in Brookside Cemetery. In lieu of flowers, memorial donations may be directed to the First Baptist Church of Gilbertsville, the Gilbertsville Ladies Fire Auxiliary or to Helios Care Hospice. Share condolences with the family online at www.landersfh.com. Arrangements are under the direction of C.H. Landers Funeral Chapel, Sidney.
Sunday
10
April

Share Your Memory of
Linda
Upload Your Memory View All Memories
Be the first to upload a memory!
Share A Memory
Plant a Tree