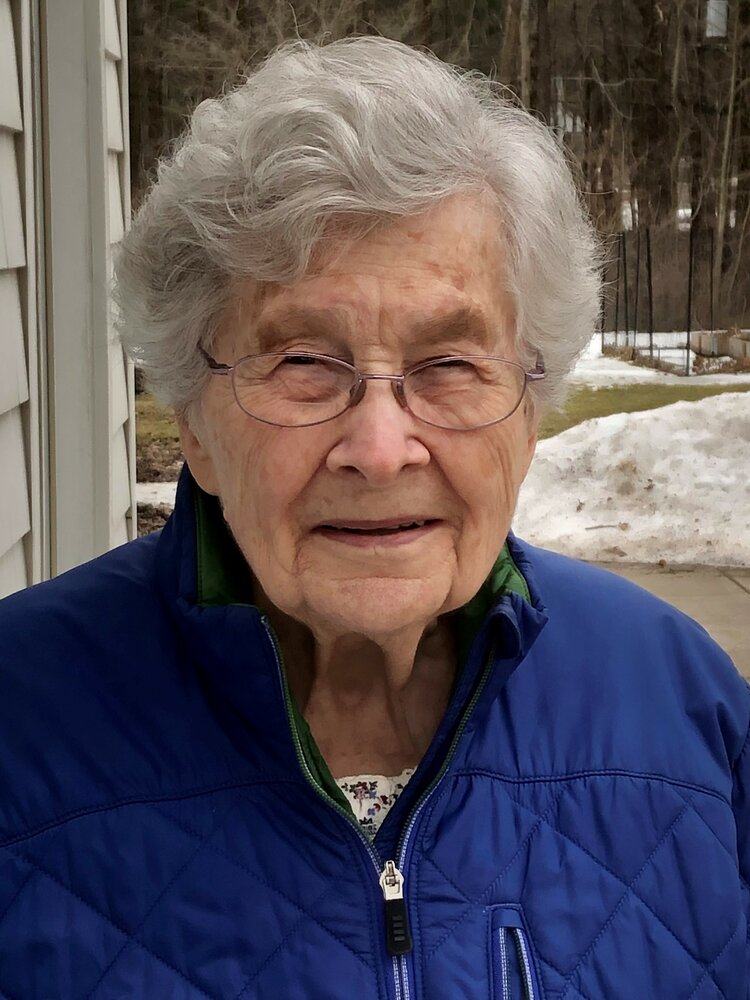 Please share a memory of Helen to include in a keepsake book for family and friends.
View Tribute Book
Helen Agnes Csejtey of Afton, age 93, died Tuesday, March 22, 2022, after a short illness. Helen was born on December 5, 1928, in New York City. At age 10, Helen’s parents moved the family back to their homeland in Hungary in August of 1939. One month later, Hitler marched into Poland which was the beginning of World War II. Helen had a difficult time adjusting from life in New York City to life in a Hungarian village, especially during wartime. Upon turning age 21, Helen made the difficult choice to leave her parents and boyfriend (Edward Csejtey) behind to travel to the United States to maintain her U.S. citizenship. After the war ended, facing great danger, Ed successfully crossed the Iron Curtain illegally to flee communism and to follow Helen to America. They were wed and eventually settled in Greene to raise their family. In 1975, Helen and Ed relocated to Afton, where they purchased a farm. Helen worked 25 years at Amphenol in Sidney until her retirement. Helen is survived by her daughter Agnes and her husband, Rob Plunkett (Orchard Park, NY), her son, David, and his wife Melody (Nineveh, NY), her daughter Eva and her husband, Mike Wallace (Bloomington, IN), five treasured grandchildren, Adam, Eric, Kiki, Kyle and Kori and five lively great-grandsons, Cruso, Cobi, Elliot, Merit and Cairo. She was preceded in death by her beloved husband, Edward Csejtey and her parents, Joseph and Theresa Zencey. Helen was a devoted parishioner of St. Agnes Catholic Church in Afton. She also was a wonderful cook, specializing in Hungarian cuisine. She loved to share her culinary skills with her grandchildren and her recipes will continue to be enjoyed by the younger generation. Helen loved to swim and amazed everyone with her exceptional floating skills. She was a stellar gardener, and she never could pass up a bargain when shopping! A private funeral mass will be held for Helen at St. Agnes Church followed by burial at Glenwood Cemetery.