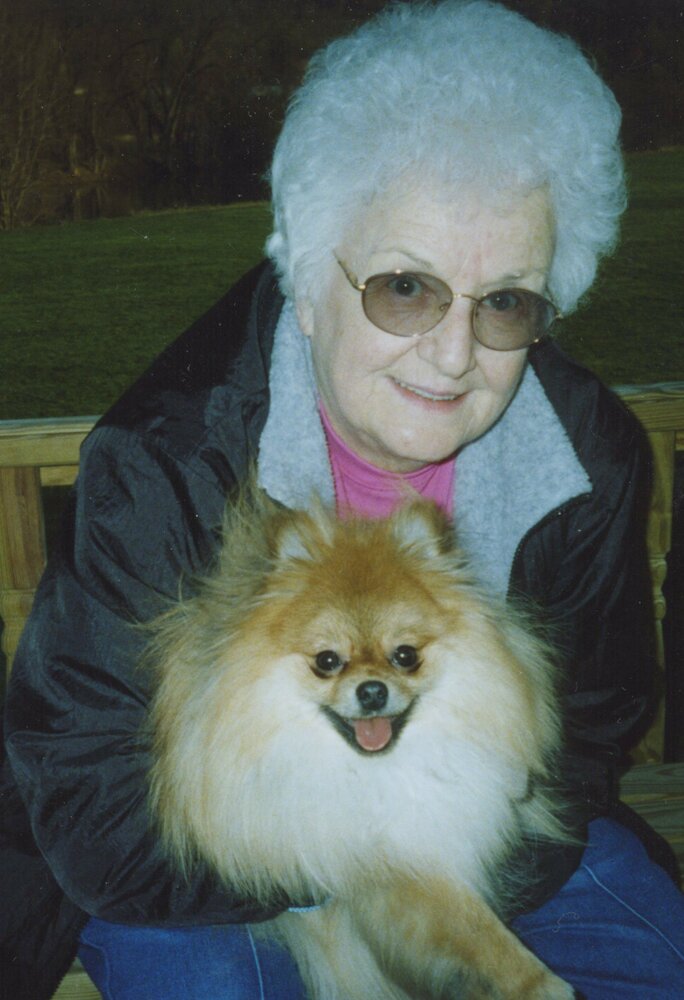 Please share a memory of Margaret to include in a keepsake book for family and friends.
View Tribute Book
On January 27, 2022, Margaret E. Smith, age 95, passed away at Norwich Rehabilitation and Nursing Center after a prolonged illness. She was born in North Sanford, NY on May 14, 1926. She is predeceased by her mother, Evelyn (Rozelle) and her father, Arthur Hamlin, also two brothers, Thomas and Robert Hamlin; sister, Elizabeth (Chamberlain); nephews, Arthur Hamlin, Roger Lambrecht and Philip Lambrecht; and great nieces, Sharon (Van Pelt) Muller and Renee (Lambrecht) Henson. She is survived by her son, Dwight C. Smith and his wife, Diana (Yarnell) Smith of Pleasant Gap, PA; her daughter, Karen M. Smith of Bainbridge, NY and several nieces and one nephew. She was a graduate of Deposit High School. Her first job was waitressing at Scott’s Resort at Oquaga Lake. She had an apartment in Binghamton and was employed at Endicott Johnson’s. After marrying in 1946 she moved to Bainbridge. She worked at Scintilla/Bendix in Sidney until 1969, where she was an assembler and was part of the production for the moon landing. After a brief period of short term employment, she was hired at Borden’s Chemical Co. in Bainbridge in 1972. She was one of the first women to operate the molding machines that made bottles for Elmer’s Glue. Upon retiring in 1991 from Borden's, she became the assistant manager of Hickory Hills Apartments in Sidney until 2018 when illness prevented her from continuing to work. She enjoyed crossword puzzles, reading, playing piano and cooking. She also crocheted several beautiful afghans, which she gave to family members, a gift of her artistry to remember her by. In her earlier years, she liked to travel. One of her favorite places was the coast of Maine, where many vacations were spent in Ogunquit. She had an appreciation for the arts and music. In her later years, she took day trips to places like Glimmerglass Opera and museums in New York City. She was a great cook and enjoyed family reunions, dining out and visiting friends. She always listened to others when in need and comforted them with her advice. She will always be remembered for her compassion and kindness. She had a love for all animals- especially our family pets. She shared her quick wit and sense of humor with many. Her outspokenness surprised and amused many of us. Those who didn’t know her soon realized she called it as she saw it. She was a strong woman. She made us laugh; there are many happy memories to cherish forever. It was her desire, in lieu of flowers that you make a donation to the Delaware Valley Humane Society PO Box 182 Sidney, NY 13838. A graveside service at Anthony Cemetery in North Sanford will be held in the spring, at the convenience of the family.

Share Your Memory of
Margaret
Upload Your Memory View All Memories
Be the first to upload a memory!
Share A Memory
Plant a Tree