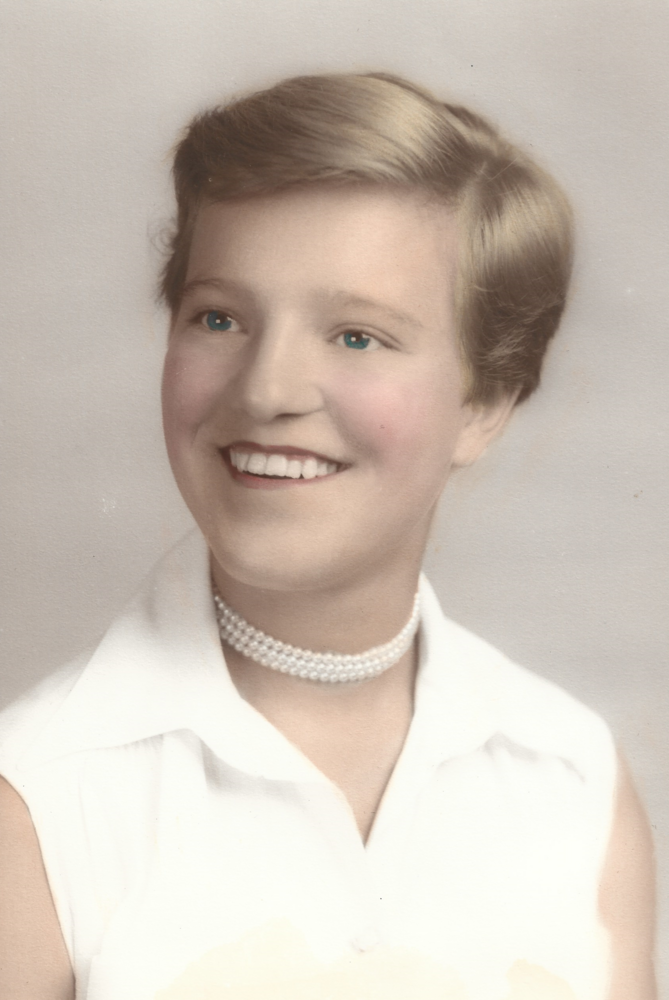 Please share a memory of Eleanore to include in a keepsake book for family and friends.
View Tribute Book
Eleanore Rose (Michel) Gloeckler joined her beloved husband Benny, for infinity + 1, on February 21, 2022 in Jacksonville North Carolina. Eleanore was born on December 4, 1934 in Bainbridge New York to Ludwig and Dorothy (Shaver) Michel. After graduating from Bainbridge High School in 1953, she joined the work force at Scintilla as a draftsman. It was there, through mutual friends, that “Peanut” met Benjamin Gloeckler. Ben and Eleanore were married on October 19, 1963 in Sidney New York and celebrated 55 years together before his death in June 2019. Together, they made a home for their children on Riverside Drive in Sidney and once they became empty nesters, moved to Round O, South Carolina where they would sit on the back porch and have a cold one. Eleanore would talk and talk, with an occasional “Yes, Dear” from Ben to acknowledge that he was listening…maybe. Eleanore was preceded in death by her husband and their daughter AmySue Gloeckler. She was also predeceased by her parents and her siblings Ruth Michel, Diane Michel, Joan (Gardner) Tansey, Albert Michel, Marie Searles, and Robert Michel. Eleanore is survived by her daughter Rosina and Jeff Matthews of Jacksonville, NC and her sons Niels Gloeckler of Bartonville, IL and Alex and Rebecca Gloeckler of Unadilla, NY. She is survived by her grandchildren: James and Tabitha Babcock of Norfolk VA, Elizabeth Babcock of Jacksonville NC, Aaron Babcock of Dallas GA, Zachary and Brooke Gloeckler of Peoria, IL, Trenton Gloeckler and Katelyn Gloeckler of Unadilla NY. Eleanore is also survived by her great-grandchildren: Kaelynn Rose Babcock and James Patrick Babcock of Norfolk, Kaedynce Elizabeth Babcock of Jacksonville, Adalyn Grace Gloeckler and Callie Rose Gloeckler of Peoria. Eleanore is also survived by the remaining Michel siblings: Dolores Leahy (Norwich, NY), Marion Brown (Vero Beach, FL), Emily Leahy (Norwich, NY) and Karen Campbell (Bartow, FL). The list of additional surviving family members would go on forever, so to keep it short and simple...there is a bunch! While there will not be a visitation or funeral at this time for Eleanore, the children have decided to have a memorial and burial service for Benjamin and Eleanore later this year at the West Bainbridge Cemetery in New York. Memorial contributions in Eleanore’s name may be made to the West Bainbridge Rural Cemetery Association, ATTN – Thelma Jenkins, 169 Cemetery Road, Bainbridge, NY 13733.

Share Your Memory of
Eleanore
Upload Your Memory View All Memories
Be the first to upload a memory!
Share A Memory
Plant a Tree