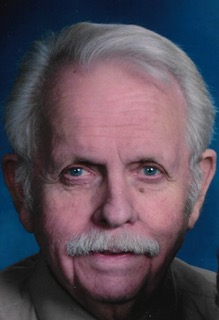 Please share a memory of Dennis to include in a keepsake book for family and friends.
View Tribute Book
Dennis Joseph Kenny, a long-time resident of Sidney, New York, passed away on Saturday, February 5, 2022 at the age of 81. After several months of declining health, Dennis died peacefully at the Cooperstown Center for Rehabilitation and Nursing in Cooperstown, New York. Dennis was born to parents Thomas and Arlene Kenny on April 16, 1940 in Brooklyn, New York. After attending high school, Dennis joined the U.S. Navy at the age of 17. He honorably served his country from 1959 to 1961. After leaving the U.S. Navy, Dennis worked at several jobs. He met the love of his life, Camille Manganaro in 1962; they were married on April 18, 1964. He and his wife raised two children. Dennis' desire to protect and serve others led him to become a New York City Transit Police Officer. In 1975, he relocated his family to Sidney, New York. Dennis was self-employed as an exterminator until his retirement. In his spare time, Dennis enjoyed playing golf, spending time with family and friends, and cheering on his beloved NY Giants. Dennis is survived by: his wife, Camille; son, Michael; daughter, Denise and son-in-law, Dale Miner; grandchildren Nicole Miner, Brianna Miner, Robert Kenny, Ashley Kenny and partner Kyle Pickwick, Chris Kenny, Kaitelynn Kenny; great-grandson Ford Pickwick; and countless extended family and friends. He was preceded in death by his parents and his in-laws, Daniel and Frances Colardi. Friends may call from 1:00-3:00pm and 6:00-8:00pm on Friday, April 22, 2022 at C.H. Landers Funeral Chapel, 21 Main St. Sidney, NY 13838. A Mass of Christian Burial will be celebrated at 10:00am on Saturday, April 23rd at Sacred Heart Church, 15 Liberty St. Sidney. Burial with military honors will follow in Prospect Hill Cemetery, Sidney. Arrangements are under the direction of C.H. Landers Funeral Chapel, Sidney. Condolences and memories may be shared with the family at www.landersfh.com.
Friday
22
April

Share Your Memory of
Dennis
Upload Your Memory View All Memories
Be the first to upload a memory!
Share A Memory
Plant a Tree