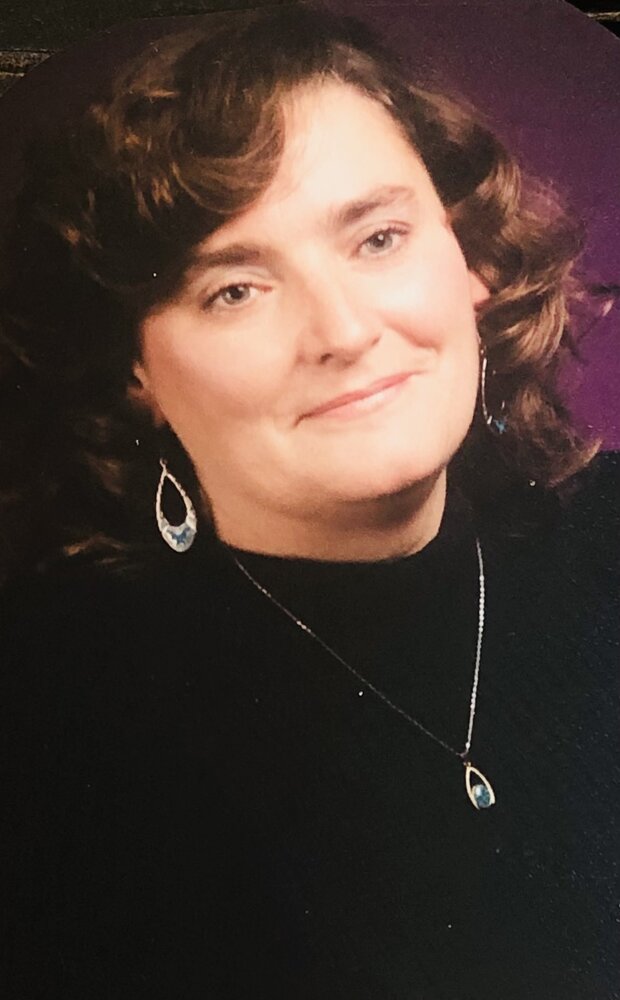 Please share a memory of Leslie to include in a keepsake book for family and friends.
View Tribute Book
Leslie Elaine Dolezel Blum Jordan passed away on February 5, 2022 in Lennox, South Dakota with her devoted granddaughter Skyler Grace at her side and other family there in spirit. Leslie was born October 11, 1950 in Oneonta, New York. She was the daughter of Douglas M. McLaud and Joan Crandall McLaud. Leslie began her life on State Street in Oneonta and attended Bugbee School. At ten, her family moved to their farm on the Otsdawa Road in Otego where she attended and graduated from Otego Central School. She played flute and piccolo in the band and loved singing and acting in school productions. She was a lifeguard at the Otego Pool and was Miss Otego. She was an avid reader, even sneaking books and a flashlight into bed. Her son Daniel credits his mother with teaching him to read and instilling in him a lifelong love of books. Leslie loved cooking and was proud to have won contests for The Oneonta Star and Otsego County Fair for her delicious Orange baked chicken and desserts. In high school she was a Candy Striper at Fox Hospital and worked at Grossinger's Resort in the Catskills. Leslie married George Dolezel and they had a son Daniel Dolezel and lived in Otego. The family then moved to Germany where George served in the Army and Leslie gave birth to their daughter Ginny Kathleen Dolezel. Leslie received her Bachelors Degree in Psychology at the University of New Orleans. She received her Master’s Degree at St Mary’s University in San Antonio, Texas. Leslie’s love of travel and learning brought her to the west. She became a counselor and her new career took her to Lusk, Wyoming and on to Hot Springs, South Dakota. Leslie loved helping people. She worked at Behavioral Health Systems as a chemical dependency counselor and therapist. Leslie also worked at The Pine Ridge Reservation with The Oglala Lakota Sioux Tribe helping to write a book for a national Native American Advocacy Group. She lived in Buffalo Gap and recently in Hot Springs. Last year she moved to the Sioux Falls area to be near her granddaughter Skyler. Leslie loved her family deeply. She enjoyed painting, music, and musicals and loved singing show tunes. Leslie had an amazingly strong constitution and survived many challenges. Leslie is survived by her son Daniel Dolezel of Challis, Idaho; her grandchildren Skyler DeSersa of Sioux Falls, SD; Jacob DeSersa of Reno, NV; Jade DeSersa of Hot Springs, SD; Logan DeSersa of Reno,NV; Daniel DeSersa of Rapid City, SD. She is also survived by her sisters Susan VanCott(Craig) of Unadilla, NY; Mary McLaud of Southwest Harbor, Maine and her sister-in-law Pauline McLaud in Florida. She is also survived by nieces and nephews Amy Callahan, Stephanie Horlock, Zoe Vandermuelen, Leif VanCott, Suzi Spisak Moutinho, Gillian Morrison, Ian and Alex Van Cott. Leslie was predeceased by her parents Douglas and Joan McLaud, her sister Kathleen McLaud Spisak, her brother Douglas McLaud, her Beloved Daughter Ginny Kathleen Dolezel, as well as her husbands George Dolezel, Emmett Blum and Jack Jordan. Thanks to Brandi and Kelly from Asera Hospice for their quick response and help. Special thanks to Juan Gutierrez for being there for Skyler and Leslie. She will be missed by her family and friends. Her laugh and light will forever be remembered. A memorial service will be announced in the spring. Meanwhile sing a show tune out loud for Leslie. In the end, love is all that matters. Donations can be made in her name to: Asera Care Hospice Kirkwood Plaza 6009 W 41st Street Suite 4 Sioux Falls, SD 57106

Share Your Memory of
Leslie
Upload Your Memory View All Memories
Be the first to upload a memory!
Share A Memory
Plant a Tree