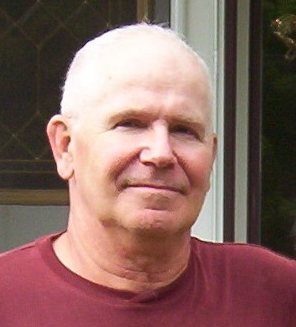 Please share a memory of Ford to include in a keepsake book for family and friends.
View Tribute Book
Ford F Walley, 76, beloved husband, father & grandfather, passed away peacefully at the Roswell Park Cancer Center, January 22, 2022. Ford was born October 4th, 1945 in Rock Royal, NY, and son of Ford & Veda (Backus) Walley. Ford graduated from Deposit Central High School in 1964. He then proudly served his country from 1965 – 1967, with a year in Vietnam. Ford married Ann Geertgens on June 28, 1969 and enjoyed over 52 years of marriage. He worked for Victory Markets as a meat cutter before working 28 years at Amphenol in Sidney. Ford enjoyed spending time with his family, hunting, snowmobiling, traveling and his 1957 Chevy. He supported his children as a softball coach and even taught Sunday school. Ford was known for his delicious glazed donuts and cinnamon rolls. Ford is survived by his loving wife Ann, his children Mary and Rodney Earl of Cherry Valley NY, Michael Walley of Clark Summit PA and Lynn and Teresa Walley of Madison AL, his brother Richard Walley and sister in law Barbara Walley, grandchildren Bradley Walley, Ezra Earl, Ian Earl and Hunter Walley, and nephews; Roger, Jim, Steven, Ryan & Derek. Let's not forget his beloved dogs Pepper & Jack. He was predeceased by his parents Ford & Veda and his brothers Francis and Clayton Walley and nephew Robert Walley. A Celebration of Life will be held on Saturday, January 29th at the Sidney American Legion, (22 Union St, Sidney, NY) from 12:00 to 4:00 pm. In lieu of flowers the family wishes to have donations sent in Memory of Ford F Walley to the Kevin Guest House 782 Ellicott St Buffalo NY 14203 or at kevinguesthouse.com. Condolences and memories may be shared online at www.landersfh.com

Share Your Memory of
Ford
Upload Your Memory View All Memories
Be the first to upload a memory!
Share A Memory
Plant a Tree