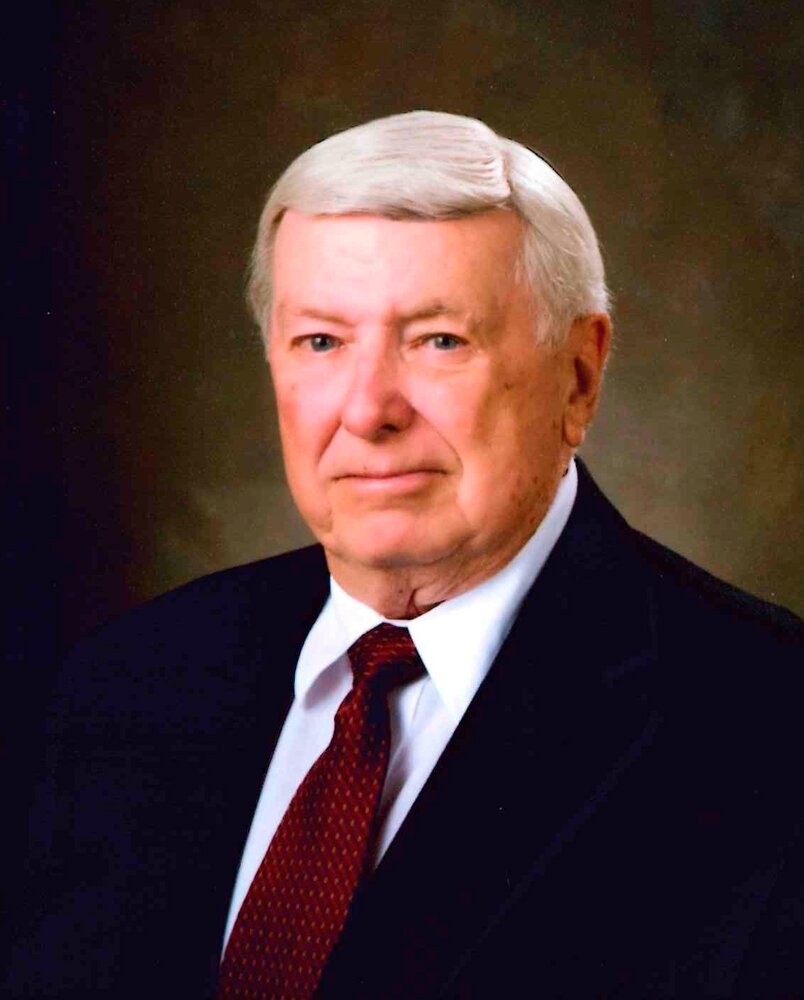 Please share a memory of Wayne to include in a keepsake book for family and friends.
View Tribute Book
L. “Wayne” King, beloved husband, father, grandfather and great grandfather died Thursday January 20, 2022 at Fox Hospital. Wayne was born in Sidney on January 15,1934 to Arleigh and Shirley King, who predeceased him. An only child, he always said “they got the best the first time”. Wayne attended school in Sidney and graduated a proud member of the Class of 1952. He and his classmates were preparing for their 70th high school reunion this summer. He attended Mohawk Valley Technical School in Utica, and after graduation transferred to The College of William & Mary, receiving a B.S. in Advertising. Wayne loved Sidney and the Tri Town Area. In 1958, he opened King’s Clothing in Bainbridge. Wayne moved the business to Sidney in 1979. He was active in both communities. He was both a Bainbridge and Sidney Rotarian and a Paul Harris Fellow. As a member of the Sidney United Methodist Church, he served the church in many capacities throughout the years. He served on the Board of Directors of the Sidney Federal Credit Union for 40 years. He served as a board member, Vice Chairman and Chairman. He took a great deal of pride in serving the Credit Union community and fostering its growth. Wayne served his community in many ways through the years, and he would say that the best part of his service work was all the friends he made. Wayne was a Sidney Warrior his whole life, serving many years on the Sidney Alumni Association Board of Directors. He and his 1950 football teammates were selected as the first team to be inducted in the Sidney Alumni Sports Hall of Fame. In 2012, Wayne was also honored as an inductee in the Sidney Alumni Wall of Fame. Wayne loved sports, especially playing golf with family and friends. He was an avid Giants fan – and was even learning to like the Yankees. Wayne is survived by his wife Donna, his children Sharon (Dan) Howard, Flower Mound, TX, JoAnn (Mark) Ohl, Hamilton, NY, John (Jill) King, Baltimore, MD, Amy Tuttel, Masonville, NY. His grandchildren include Megan and Nathan, Godfrey, IL, Jennifer and Tom, Hamilton, NY, Stephen, Bozeman, MT, Samantha, New Orleans, LA, AJ, Baltimore, MD, Jared and April, Bainbridge, NY, Sara, Burlington VT, Adam and Jyllian, Denver, CO, Erin and Jordan, Bainbridge, NY. He is also survived by his great grandchildren, Blake Tuttel, Bainbridge, NY, Ethan and Elliott Schroer, Hamilton, NY, Hadley and Ryan Somers, Bainbridge, NY and Sammy Paiva, Godfrey, IL. He was predeceased by his son-in-law Don Tuttel and his grandson Jordan Tuttel. Family was everything to Wayne and he loved making family memories. A memorial service will be held at 1:00pm on Sunday, April 3, 2022 at the Sidney United Methodist Church, 12 Liberty St. Sidney, NY 13838. For those unable to attend in person, the services will be streamed live through the Sidney United Methodist Church Facebook page. If you wish to make a donation in his name, the Sidney Community Food Bank would be appreciated - 12 Liberty St. Sidney, NY 13838.
Sunday
3
April

Share Your Memory of
Wayne
Upload Your Memory View All Memories
Be the first to upload a memory!
Share A Memory
Plant a Tree