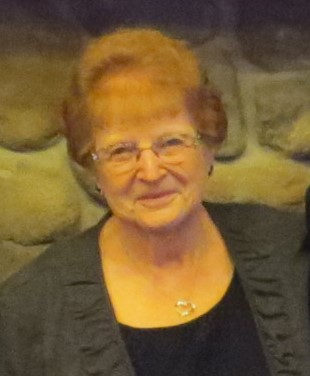 Joan M French, 76, of Unadilla passed away Friday, January 14, 2022 at home. She was born in Oneida, NY on July 14, 1945, the daughter of the late James H. and Rena M. VanValkenburg. She married Carl G. French Jr. on May 27 1966. She retired from the Unatego Central School district after 44 years and was involved with the Unadilla Fire Department Auxiliary. She was predeceased by her mother and father in law Ethel and Carl French, sisters Doris Tobis and Elizabeth Law, Brother Gerald Labour and sister in law Hilda Dolgos. She is survived by her husband Carl G. French Jr., her daughters and sons in law Tammy & Thomas Steinberg of Syracuse, Shelly & Ron Stanton of Unadilla. Grandchildren Danielle Steinberg (James Butler) of Syracuse, Thomas & Theresa Steinberg of Oneonta and Tory Gue of Unadilla, brother William Labour, brother in laws Joseph Dolgos and Robert (Mary) French and sister in law Linda (Mark) Sutton and several nephews and nieces. Calling hours will be from 1:00 to 3:00 pm January 29, 2022 at C.H. Landers Funeral Home on 21 Main St. Sidney NY. Graveside service and burial will be held during the spring. In lieu of flowers please make a donation in her name to Unatego's Booster Club or Dollars For Scholars, 2641 State Hwy 7., Otego NY 13825. Condolences and memories may be shared online at www.landersfh.com
Saturday
29
January

Share Your Memory of
Joan
Upload Your Memory View All Memories
Be the first to upload a memory!
Share A Memory
Plant a Tree