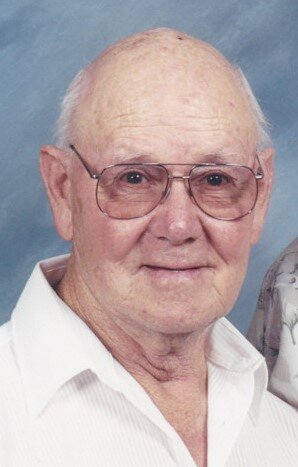 Please share a memory of H. Ross to include in a keepsake book for family and friends.
View Tribute Book
Howard "Ross" Willes, life-long resident of the Afton, NY area was called home to heaven on January 13, 2022 at the age of 99. Ross was born on September 23, 1922 at home on the family farm in Masonville, NY to Louis M and Jennie Brown Willes. The family home had no electricity until Ross was 16 years-old. Ross once received a special bible from the Masonville church for perfect attendance in Sunday School for 12 consecutive years. He graduated from Bainbridge High School in the class of 1940. Ross married Lila Merritt in 1942 and they had five children. Ross and Lila enjoyed camping and traveled in the eastern US and Canada. They attended many Blue Grass festivals together. Lila passed away in 1992 after they shared 50 years together. Ross remarried Betty Laman in 1996 and they shared 24 years together. Ross and Betty also enjoyed camping and Blue Grass music festivals. They successfully blended two families and found time to spend with both families. Ross and Betty spent several winters in Florida until the trip became too difficult for them. After WW II Ross was a construction carpenter and helped to build the Afton bridge and the East Sidney Dam in the late 1940s. In 1948 Ross was hired by Briggs Lumber Co. in Afton. He worked there for 36 years and retired in 1984. Briggs Lumber later became Archer Lumber in Sidney, NY. Ross was well-known for his carpentry skills. He built porch steps, and hung windows and doors. Ross helped many family members with building projects. Ross was predeceased by his parents, his first wife, Lila Merritt, his second wife, Betty Butler Laman, his son-in-law, Donald Schultes, and his grandson, Eric Willes. He is survived by his children, Patricia Schultes, Keith (Kathy) Willes, Stephen (Patsy Hopkins) Willes, Roger (Kathy) Willes, Carol (Dean) Mitchell, step-children Cheryl (David) Lockwood, Shelly Cummings, Alison Ward, Kimberlee (Clifford) Olin, and Daniel Laman, He is also survived by 8 grandchildren, Alan (Cindy) Schultes,, Bruce (Laura) Schultes, Jeff (Ony Vandermark) Schultes, Daron (Jackie) Schultes, Vaughn (Ashley) Willes, Dana Willes Belmonte, Lance (Lynne) Willes, and Kelsey Mitchell. Ross is also survived by sisters-in-law Linda Merritt, Mildred Merritt, Anne Merritt, Margaret Butler Gilgallon, and brother-in-law Ralph Hoyt Sr. He is also survived by 11 step-grandchildren, 15 great-grandchildren, 15 step-great grandchildren, and several great, great grandchildren. There will be a burial service at 11:00 AM at the East Side Cemetery in Afton on May 14, 2022. A Celebration of Life will follow the service at the Afton United Methodist Church, 34 Spring St. Afton, from noon to 3:00 PM. Services were provided by C.H. Landers Funeral Home in Sidney, NY.
Saturday
14
May

Share Your Memory of
H. Ross
Upload Your Memory View All Memories
Be the first to upload a memory!
Share A Memory
Plant a Tree