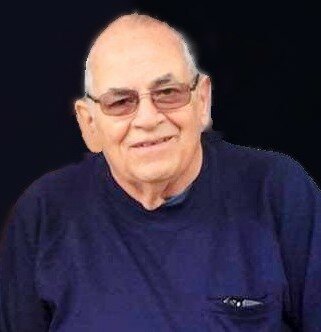 Please share a memory of Fred to include in a keepsake book for family and friends.
View Tribute Book
Fred Cannistra Jr., 79, of Bainbridge, NY, passed away on January 6, 2022, at Binghamton General Hospital, Binghamton, NY. He was born on January 24, 1942, in Oneonta, NY, to the late Fred and Mildred Cannistra. He attended Oneonta High School and graduated in 1959. He went on to earn a degree in Civil Engineering from Broome Community College. After college, Fred relocated to Bainbridge. He worked at the Borden Company before taking a job at NYSEG in Binghamton. He later transferred to the Jenison Power Plant in Bainbridge until he retired. Over the years, Fred proudly served the Bainbridge community as a member of the Bainbridge Chamber of Commerce, Bainbridge Town Board, and the Bainbridge Fire Commission. He was a member of the Bainbridge Sportsman's Club, and Elks Lodge lifetime member of 51 years. Fred was happiest spending time with his family and friends. He enjoyed hunting, fishing, camping trips, Nascar racing, and especially playing cards. Fred is survived by three children and their spouses, Colleen and Alan Gaydorus, Afton, Jason and Robin Cannistra, Bainbridge, Jarrett and Jennifer Cannistra, Bainbridge; nine grandchildren, Cali Gaydorus, Sayde Gaydorus, Nikiah Gaydorus, Shyahna Gaydorus, Aletha Cannistra, Jillian Cannistra, Sara Cannistra, Joseph Cannistra, Troy Cannistra, and Jack Cannistra; a sister-in-law, Judy Cannistra, Titusville, FL; and several nieces and nephews. He is preceded in the death by his parents; Fred and Mildred Cannistra; his siblings, Catherine Francisco, RoseMary Cannistra, and Richard Cannistra. Family will receive friends and family on Saturday, January 15, from 1:00 p.m. to 3:00 p.m. at C.H. Landers Funeral Chapel, 21 Main Street, Sidney. Memorial service will immediately follow at 3:00 PM In lieu of flowers, memorial contributions may be made to the Bainbridge Fire Department, 22-24 West Main Street, Bainbridge, NY, 13733. Condolences and memories may be shared online at www.landersfh.com
Saturday
15
January

Share Your Memory of
Fred
Upload Your Memory View All Memories
Be the first to upload a memory!
Share A Memory
Plant a Tree