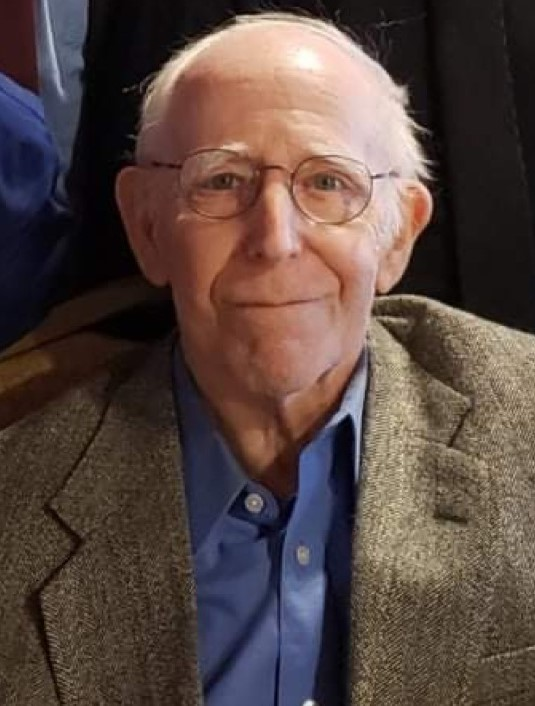 Please share a memory of Nelson to include in a keepsake book for family and friends.
View Tribute Book
Nelson David MacPherson, 80, of Sidney, passed away on Monday, November 29, 2021 at Wilson Medical Center in Johnson City. Nelson, or better known as "Butch" to many, was born on March 25, 1941 in Bainbridge, NY, son of the late Fenton and Elma (Cary) MacPherson. Butch grew up in Bennettsville, graduating from Bainbridge Central School with the Class of 1959. He began his career at Scintilla in Sidney before he was drafted in the US Army in December 1963. Upon his honorable discharge in November 1965, Butch resumed his career at Amphenol where he met his future wife, Michelle Alford. They were married on November 12, 1966, sharing 54 years together before she predeceased him in November 2020. Butch retired from Amphenol in June 2006 after 47 years of employment. Following retirement, he filled his time watching his grandchildren, going to their sporting events, and projects in his garage. He attended St. Paul's Episcopal Church in Sidney where he would help with dinners, bazaars and clearing the sidewalks. He enjoyed deer and duck hunting, fishing, and John Wayne westerns. He worked on cars a lot, but his family still isn't sure if it was out of enjoyment or necessity. He loved sweets and cookies, especially his sister Barb's sugar cookies, and his sister Jan's molasses cookies. His greatest joy came from spending time with his family, particularly his grandchildren. He is survived by: three sons and daughters-in-law: Barry and Carrie-Ann MacPherson of Sidney, Brent and Stephanie MacPherson of Homer, and Greg and Sabreena MacPherson of Guilford; six grandsons: Trevor and Ciara, Brandon, Ty, Cael, Caden and Ian; great granddaughter Madelyn, sisters-in-law, Marlena MacPherson, Marcia Clinton, and Jennifer Alford; brother-in-law, Matt and Wendy Alford, as well as many cousins, nieces, nephews and friends. In addition to his wife Michelle, Butch was predeceased by his five siblings: Charles (Shirley) McPherson, Fenton "Scotty" (Betty) McPherson, Barbara (Floyd) Humphrey, Janice (Socrates) Nellis and Richard MacPherson. A memorial service will be held at 1:00pm on December 18, 2021 at St. Paul's Episcopal Church, 25 River St. Sidney, NY 13838. Memorial donations in his memory may be directed to St. Paul's Church or the Sidney Fire Department. Share condolences and memories with the family online at www.landersfh.com. Arrangements are under the direction of C.H. Landers Funeral Chapel, Sidney.
Saturday
18
December

Share Your Memory of
Nelson
Upload Your Memory View All Memories
Be the first to upload a memory!
Share A Memory
Plant a Tree