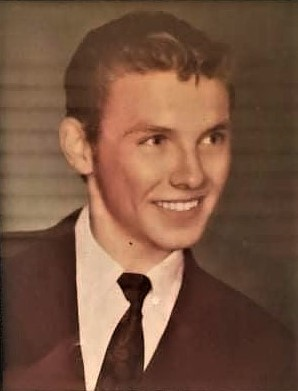 Please share a memory of Gerald to include in a keepsake book for family and friends.
View Tribute Book
On Thursday November 18, 2021, Gerald Francisco, loving husband, father of four, and grandfather to four, passed away at the age of 70. Gerald Francisco, was born August 16, 1951, to Doris and Rexford Francisco. After graduating as an RN from Crouse Hospital School of Nursing in June of 1980, he and his beautiful wife Katherine Anne Moore welcomed twin boys, Phillip and David, three years after they would welcome James, and finally in 1987 welcomed his final child Christopher. Gerald worked for BroomeDevelopmental then later moved on to Valley Ridge CIT before retiring in 2016. Gerald is survived by his mother,Doris, two sisters Mary and Joan, as well as his brother Rex, his wife Katherine, his sons Phillip, David, James, and Christopher, his Grandchildren Kristen and Wednesday, Atticus, and Isla, and finally his two cats Simon, and Scoobie. He was predeceased by his brothers Russell and Thomas and father, Rexford. Gerald was an amazing man, known for his humor, his thoughtfulness towards animals, generosity, and the love of his family. He was also an avid gardener, loved cooking and food, and enjoyed giving his two cats their favorite treats. Gerald leaves behind a legacy of hard work and determination. He will be sorely missed.

Share Your Memory of
Gerald
Upload Your Memory View All Memories
Be the first to upload a memory!
Share A Memory
Plant a Tree