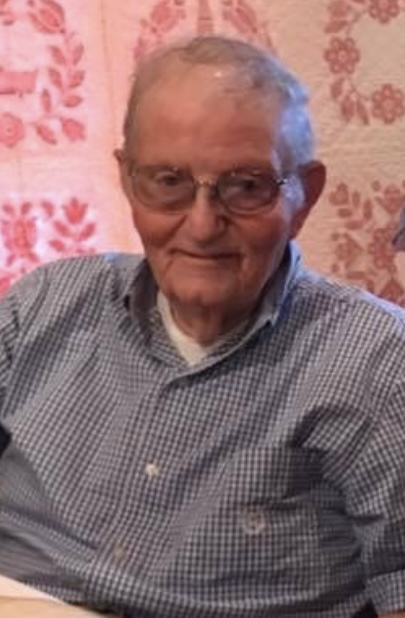 Martin H. Rowe, 89, known area cattle dealer, passed away Friday, Nov. 12, 2021, at his home surrounded by his family, following a long-fought battle with dementia. Born on July 30, 1932, to Albert P. Rowe and Pearl Naomi Nield, Martin graduated in 1950 from Clifton Highschool, Clifton, NJ. Martin grew up learning about the cattle industry from his grandfather, father, and uncle. His family moved to Libertyville Road in Sussex, NJ, where he began his lifelong career as a cattle dealer and milk producer. On October 26, 1963, Martin married Elinore Schlosser and in 1964 welcomed a daughter, Kathleen, who he nicknamed "Kathaleena." Martin worked with Hans Barmann in Middletown, NY for over 30 years buying and selling dairy cattle. He then moved to Mt. Upton, NY in 1991 where he bought and sold dairy cattle with his son-in-law Michael E. Mulhair for 25 years until a dementia diagnosis and heart attack kept him closer to home. Martin enjoyed gardening and giving his vegetables to family, friends, and his customers. He loved to have Friday night pizza with his family and was known to drive around visiting his customers and picking up cattle. Martin is survived by his wife of 58 years, Elinore Rowe of Mt. Upton, and his daughter and son-in-law, Kathleen and Mike Mulhair also of Mt. Upton. Martin was devoted to his 3 grandchildren and was a loving grandpa to Jessica Zito Bilek (Ian Bilek), Stephanie Mulhair Bader (Sheldon Bader), and Samantha Mulhair Sherwood (Nate Sherwood). Martin is also survived by 6 great-grandchildren, Penelope K. and Naomi J. Bilek, Rowen D. Bader, and Nathan M., Jackson S., and Olivia A. Sherwood, His family is forever grateful to his caregivers who made it possible for him to stay at home with Elinore. Funeral services for Martin will be at 6:00pm Friday, November 19th, at C.H. Landers Funeral Chapel, 21 Main St. Sidney, NY. Friends are invited to call at the funeral chapel prior to the service, from 4:00 to 6:00pm. A private burial will be held Saturday, November 20 in Beemerville Cemetery, Sussex, NJ. In lieu of flowers, donations can be made to the Sidney EMS. Share condolences and memories with the family online at www.landersfh.com. Arrangements are under the direction of C.H. Landers Funeral Chapel, Sidney.
Friday
19
November

Share Your Memory of
Martin
Upload Your Memory View All Memories
Be the first to upload a memory!
Share A Memory
Plant a Tree