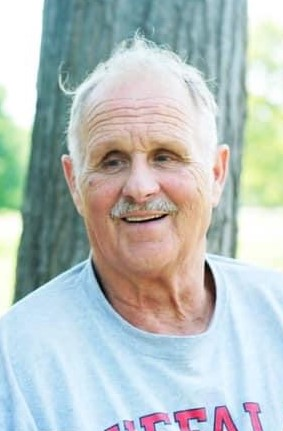 Obituary of David B. Dewey

Please share a memory of David to include in a keepsake book for family and friends.
View Tribute Book
On Monday November 8th, 2021, David lost his courageous 5 year battle with AML Leukemia. David was born on September 30th, 1943, to Roy & Kitty (Elza) Dewey of Masonville-Sidney Center, NY area. He was a lifelong resident of Sidney Center, and worked at Unalam in Sidney from 1964-2005 when he retired. David was also an active member of the Sidney Center Fire Department-Emergency Department for 55 years. He lived his life to the fullest and on his own terms. He loved his family with everything he had, especially his soulmate and forever love of 59 years, Lucille. He also loved working in his woodshop and was the true "Mr. Fix-IT". He was active in every aspect of his beloved community, Sidney Center. David also loved working on and fixing up his Vintage Sno-Jets that he did with his sons. He will be missed by all who had the privilege to know him. He is survived by his wife of 59 years, Lucille Budine Dewey. David's Sons: Rob (Denise) Dewey, Mike (Kelly) Dewey, Jim (Linda) Dewey and his daughter Kelly (Randy) Gardepe. Grandchildren: James (Jon) Dewey, Sean (Christina) Dewey, Samantha (Mike-Tobbagon Boy) Wojcik, Doug Webber, Mikel Dewey, Garrett Gascon, Nathan Gardepe.Great Grand Children: Owen, Wyatt, Maya and Judah. His brother Rodney Dewey, Thomas (Sugi) Dewey and Sisters Retha Taber and Shirely Burger. And by the many friends/neighbors who touched his life. David was pre-deceased by his parents Roy & Kitty (Elza) Dewey. Per David's last wishes there will be no services. There will be a Celebration of Life in the Spring. The Dewey Family would like to send a Special Thank you to all the amazing Doctor's & Nurses at Roswell Cancer Institute for their dedication and care. In Lieu of flowers please donate to the Sidney Center Fire Department in his Memory. Share condolences and memories with the family online at www.landersfh.com. Arrangements are under the direction of C.H. Landers Funeral Chapel, Sidney.
Saturday
21
May

11:00 am - 2:00 pm
Sidney Center Fire Station
CR - 23
Sidney Center, New York, United States
If you knew and loved him like we did, please come and celebrate his life with us! A luncheon will be served.
Need Directions?
View Map | Text Directions | Email Directions
Online Memory & Photo Sharing Event
Online Event
About this Event