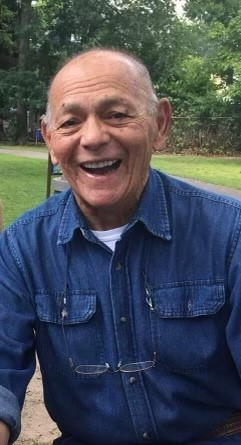 Please share a memory of Pablo to include in a keepsake book for family and friends.
View Tribute Book
Pablo "Paul" Humberto Flores, 88, peacefully passed away October 28, 2021 at his home in Guilford. He was born October 19, 1933 in San Antonio, Texas where he achieved Eagle Scout and later served his country as a member of the Armed Forces. Paul was the beloved husband to the love of his life Patricia Flores. Devoted father to Bianca Flores, Paul (Linda) Flores, Erich (Wendy) Flores, Silvia Flores and caring stepfather to Christopher (Karen) Lucas, Scott Lucas and Alyssa (Christian) Passela. Paul was also the dedicated grandfather to 15 and loving great grandfather to 7. He is also survived by his sister Leticia Villanueva. The oldest son of Mexican immigrants who fled their homeland during the Mexican Revolution, his love of music and the theater led him eventually to NY where his wonderfully operatic baritone voice and theatrical stage presence landed him a successful career both on and off Broadway. He reinvented himself professionally, first teaching music in public schools then pioneering ELS studies in schools and colleges, eventually becoming Dean of Instructions at Nassau Community College. After retiring he moved to Upstate NY from Long Island and taught Spanish as an adjunct professor at Oneonta University. Pablo was also a member of the Guilford Volunteer Fire Department which he truly enjoyed. A memorial service will be held on November 20th at 12:00pm, at the UCC Church in Norwich, NY. In lieu of flowers, please contribute in Paul's name to the Alzheimer's Association.
Saturday
20
November

Share Your Memory of
Pablo
Upload Your Memory View All Memories
Be the first to upload a memory!
Share A Memory
Plant a Tree