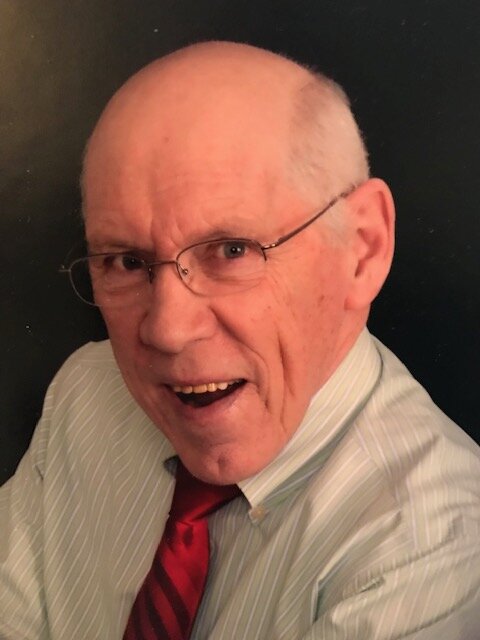 Please share a memory of Daniel to include in a keepsake book for family and friends.
View Tribute Book
Daniel L. Knapp, 79, of Newport News, VA, passed from this life peacefully at home, with his family by his side, to join the Lord on October 31, 2021. Born in Auburn, NY, to John Joseph Knapp and Alice Marie (McCarthy) Knapp, Dan lived a life of service to his family and community. Shortly after he was born, his family moved to Sidney, NY, where he grew up with his five sisters and two brothers playing basketball, baseball, and serving as an altar server at his local parish, Sacred Heart Catholic Church. A member of the Class of 1960, he attended both Sidney Central High School and Mount Assumption Institute before spending two years at Epiphany College. He returned home to Sidney and began working at his family’s business, K&D Vending Company. Upon his father’s death in 1970, Dan took over as CEO, building it into a thriving business serving central NY State until its acquisition in 1986. He and his family moved to Williamsburg, VA, where he acquired and grew Hanover Hall, Inc. running the business for the next 16 years before turning it over to his daughter. He then worked as director of Finance for Visiting Angels, his wife Patty’s business, in Newport News until his retirement in 2018. Dan believed that we should all seek ways to serve our communities and each other and found many roles in which he could fulfill this mission. He followed in the footsteps of his father, serving as chair of the Democratic Party in Sidney, after which he was elected to two-terms on the Board of Education for Sidney Central Schools. He was elected as the Town Justice where he served for 8 years. In addition to these more formal positions, he always sought opportunities to serve those less fortunate – providing food, raising funds, or distributing toys at the holidays. His Catholic faith was at his core, and he was an active member of the Catholic Church in each community where he lived – Sacred Heart in Sidney, St. Bede’s in Williamsburg, and St. Jerome in Newport News. Dan loved every day he was with us – he could never spend enough time with his family and friends playing cards, telling stories, or golfing. He had an infectious laugh and loved to whistle so you always knew where he was. Dan would and could talk to anyone in the hopes of making a new friend. He took up running in his late 30’s and completed his first marathon at the age of 42 and continued to run well into his 70s and completed many more marathons and other races. He loved to read a good book (which gave him more stories to tell) and spend time with Patty. Dan is survived by his loving wife, Patty and his children from his first marriage, Mike Knapp (Cassie), Tim Knapp (Pixie), Michelle Tirado (Fred), Dan Knapp (Beth), Amie Knapp (Chris) and Patty’s children, Tammy Cotton, Justin Andresen (Jodi) and Tyler Andresen (Becca). Together they had 13 grandchildren – Fred Jr., Mackenzie, Lindsay, Carter, Sydney, Davis, Caleb, Mercedes, Adelynn, Eamonn, Emmet, Karli, and Michael; his five sisters, Connie Edelen (Jack), Barbara Patrick (Jerry), Mary Bagley (Ken), Ellen Robinson (Pete), and Bernadette Raleigh and his brother, William. He was predeceased by his son, Chris; his brother, Todd and his first wife, Connie with whom he and Patty remained close friends until her passing in 2017. A Rosary Service will be held at 5:45p.m. on Friday, November 5, 2021 at Weymouth Funeral Home followed by a visitation from 6:00p.m.- 7:30p.m. A Mass of Christian Burial will be held on Saturday, November 6, 2021 at 11:00a.m. at St. Jerome Catholic Church by Rev. George Prado. The Mass will be livestreamed to St. Jerome Catholic Church’s Facebook page. Masks will be required at both gatherings per the family. In lieu of flowers please direct your donations to the Virginia Peninsula Foodbank, 2401 Aluminum Ave., Hampton, VA 23661 https://hrfoodbank.org/. Arrangements by Weymouth Funeral Home.

Share Your Memory of
Daniel
Upload Your Memory View All Memories
Be the first to upload a memory!
Share A Memory
Plant a Tree