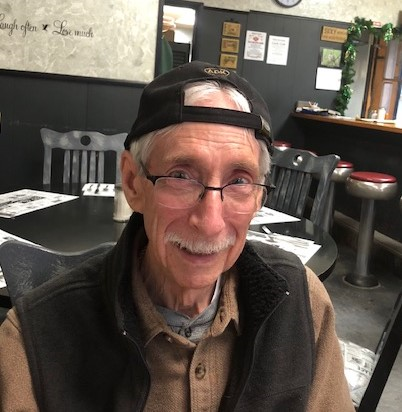 Please share a memory of Ronald to include in a keepsake book for family and friends.
View Tribute Book
Mr. Ronald William Philpott, who was a 79 year resident of Sidney, passed away peacefully on September 9,2021 on Cape Cod. He was born January 29, 1941, in Bainbridge to the late James S. Philpott, Sr. and Najali (Dority) Philpott. He was the loving husband of Ann (Petrosky) Philpott for 53 years, who succumbed to cancer in June 2015. He is survived by his daughter, Diane Philpott and her husband James Newell of Plymouth, MA, his daughter, Linda Pickwick and her husband Skip Pickwick of Bainbridge, his son, David Philpott and his wife Melanie Carvelli of Rochester, and his granddaughter, Jennifer Pells and great granddaughter, Aubrey Pells of Plymouth, MA. He is also survived by several nieces and nephews, great nieces and nephews, and great great nieces and nephews. He was predeceased by his 2 older brothers, James, Jr. and Brian. He was a brilliant man graduating from Sidney High School, joined the toolmakers apprenticeship, earned his associates degree, and finally, his bachelor's degree. He retired from Amphenol Aerospace in 2012. He was well known in the community, involved with the Elks Lodge, even serving as Exalted Ruler and other offices, Toast Masters, United Way, SASS, the local Red Cross for disaster relief, and the Rotary Club. However, his favorite activity was sitting on the dock overlooking Fourth Lake in the Adirondacks, with Annie by his side. The family would like to extend a special thanks to the Pavilion Rehabilitation and Nursing Center in Hyannis,MA who cared for him in his last year of life and treated him like their own. In lieu of flowers, we ask that you consider making a donation to the Delaware Humane Society, Sidney Volunteer Fire Department & EMT, or a charity of your choice. Calling hours will be Friday, September 17 from 6-8:00pm at C.H. Landers Funeral Chapel 21 Main St. Sidney Funeral services will be Saturday September 18 at 11:00am at the funeral chapel followed by burial in Prospect Hill Cemetery in Sidney. Condolences and memories may be shared online at www.landersfh.com Arrangements are under the direction of C.H. Landers Funeral Chapel 21 Main St. Sidney.
Friday
17
September

Share Your Memory of
Ronald
Upload Your Memory View All Memories
Be the first to upload a memory!
Share A Memory
Plant a Tree