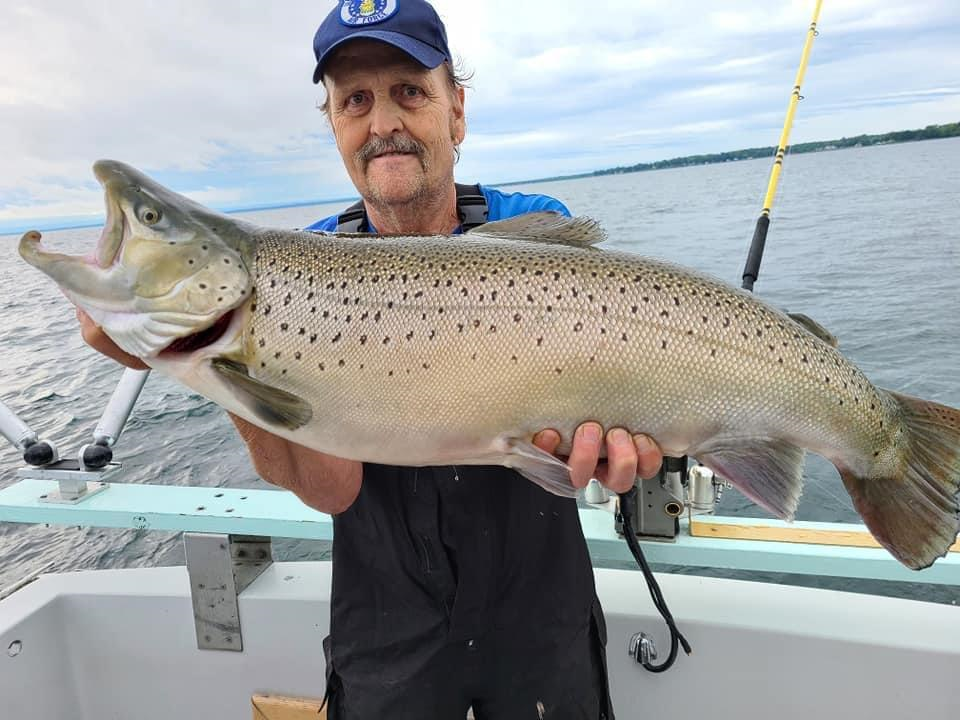 Please share a memory of Allen to include in a keepsake book for family and friends.
View Tribute Book
Allen D. Ross "Curly" 69, of Sidney Center NY, passed away on September 9, 2021 in Syracuse. He was born in Sidney to the late Richard & Verna Ross on August 21,1952. He graduated from Sidney High School in 1972, and from there enlisted in the Air Force in 1973. He was stationed in Iceland and after he retired, he and Kathy visited Iceland to reconnect with his service friends. Allen was honorably discharged from the Air Force in 1978 as Master Sergeant. At a very young age, Allen wanted to drive trucks. He worked for Tri Town Development for many years and later, for several local companies as truck driver/operator. Allen retired from the Delaware County Highway Department in 2015, Allen enjoyed camping on the St. Lawrence, fishing, hunting, cutting wood, gardening, helping anyone who needed help , telling little johnny jokes and razzing on anyone he ever met, but his favorite pastime was having gatherings with his family and friends. Allen is survived by his loving wife of 48 years, Kathryn of Sidney Center Son, Robert Ross and wife Tracy of Sidney Center Daughter, Cristy Wilson of Masonville, Son, Jamie Ross and wife Chelsie of Masonville, Brother, Lawrence Ross and wife Carolyn of Vestal Sister- in- law, Florence Ross of Bainbridge Grandchildren, Robert, Jr., Matthew, Trevor, Mckenna, Wyatt, Gibbs and Rev. Great Grandchildren, Robert 3rd and Arielle And several nieces and nephews. He is also predeceased by Brothers Lee and Louis Ross In lieu of flowers, memorial donations may be made to the woundedwarriorproject.org as this organization was dear to his heart. The family wishes to extend their heartfelt gratitude to the doctors and nurses who cared for him at Upstate Medical Center in Syracuse and Bassett Medical Center in Cooperstown Friends may call Sunday, September 12 from 3-5PM at CH Landers Funeral Chapel 21 Main St. Sidney. Graveside services with military honors will be held Monday, September 13 at 11:00 am in Highland Cemetery in Sidney Center. Condolences and memories may be shared online at www.landersfh.com Arrangements are under the direction of CH Landers Funeral Chapel Sidney.
Sunday
12
September

Share Your Memory of
Allen
Upload Your Memory View All Memories
Be the first to upload a memory!
Share A Memory
Plant a Tree