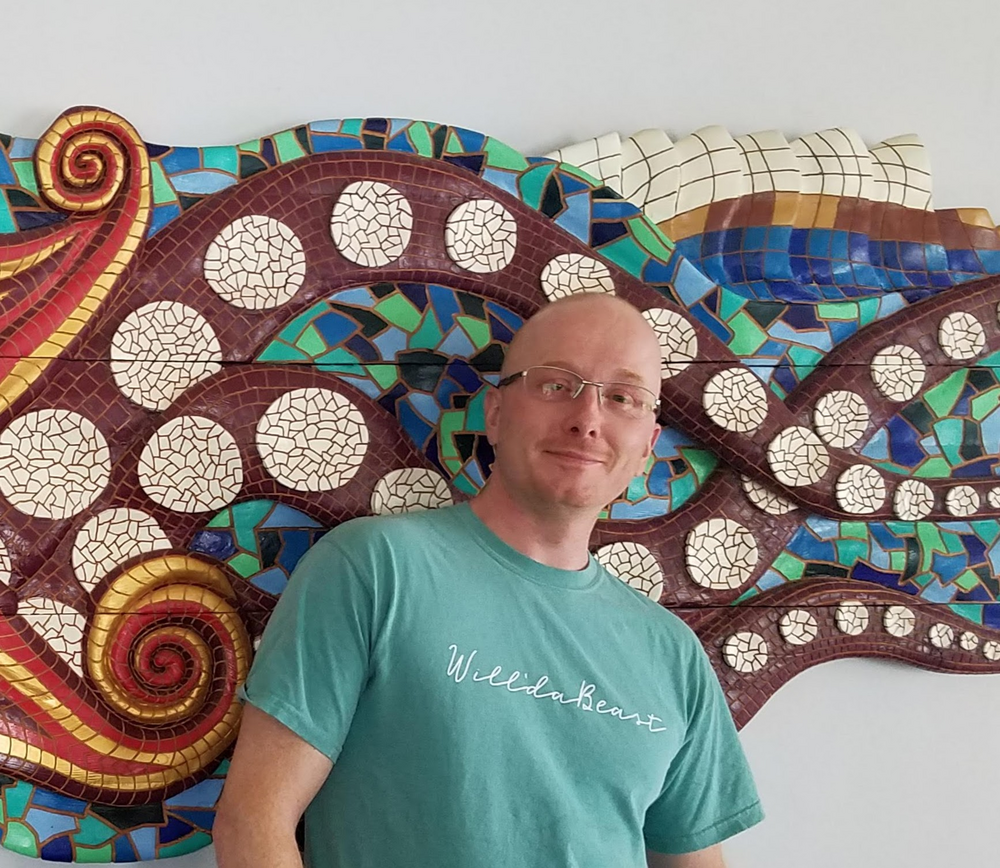 William Lowe Worsnopp, 41, of Sidney, NY, died peacefully at home with his wife by his side on August 18, 2021 after a 19-month fight against Glioblastoma. Will was born in New York City on March 7,1980 to Andy and Jenny Worsnopp. He graduated from the Bronx High School of Science in 1998 and went on to earn a Bachelor of Arts in Spanish and a Spanish Teaching Certificate from Dickinson College in 2002. He then earned a Master of Education degree in Teaching a Second Language from Bennington College in 2008. He and his wife moved to Sidney, NY in 2004, where he taught Spanish for 14 years at Sidney Middle School. He brought his passion for teaching middle schoolers to Vestal Middle School for 2 1/2 years before retiring early due to his brain cancer diagnosis. Anyone who knew Will knows that he approached every day with positivity, optimism, and enthusiasm. He always had a smile and a kind word for anyone he met. He chose to "live life to the max," even after his cancer diagnosis, and his passion for life was clear to all who met him. He was an avid outdoor enthusiast and found joy in nature, whether hiking, canoeing, gardening, or photographing the beauty that he saw around him. He traveled the world, often with his loving wife, always taking the opportunity to immerse himself in his surroundings. Will was a true artist and fell in love with woodcarving at the age of 12. He spent years creating unique pieces of art from wood that he found, often while canoeing along the Susquehanna, Delaware and Chenango Rivers near his home. Will has left an impact on more people than can be named here. He is survived by his loving wife of 16 years, Emily Catherine Barrell Worsnopp. He is also survived by his parents, Andy and Jenny Worsnopp, as well as his brother Jim and his wife Chanell Worsnopp; his nieces Katie and Emily; his brother Tom and his wife Stephanie Worsnopp and his niece Amelia, and his sister Madeline Worsnopp and her partner Nate Lorentz. He is also survived by his father-in-law Richard Barrell, his mother-in-law Jeanne Cannon and her husband Robert Cannon, his brother-in-law Aaron Barrell and his partner Kristen Lysobey, and his sister-in-law Sarah Barrell. All of us hope that soon more treatments will be available for glioblastoma. To help find a cure, donations can be made in Will's name to StacheStrong (Support.StacheStrong.org/worsnopp). The family wishes to extend their thanks to the many friends, colleagues, and community members who have shown love and support since Will's diagnosis. Will's hope is that everyone who he has impacted can live life to the max in their own way, and with the love and light that he showed all of us every day. Calling hours will be held at C.H. Landers Funeral Home 21 Main St. in Sidney, NY on August 27th from 5:00 p.m. to 8:00 p.m. A Celebration of Life will be August 28th from 12:00 p.m. to 1:00 p.m. at the funeral home Out of respect for Will's wishes and for his family and all attending the services, we request that all wishing to pay their respects wear a mask.

Share Your Memory of
William
Upload Your Memory View All Memories
Be the first to upload a memory!
Share A Memory