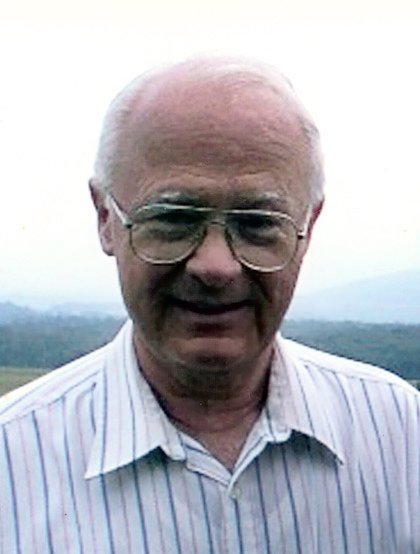 Lester Trees, 85, of Columbia, South Carolina, passed away peacefully on July 31, 2021. He was born to the late Lester W. Trees, Sr and Caroline (Neef) Trees on October 11, 1935 in Sidney, New York. Lester graduated from Sidney high school in 1953 (aka The Mighty ‘53) and from the Wharton School of Finance, University of Pennsylvania in 1957. He was married to his high school sweetheart Nancy (Butler) Trees in 1960 and they raised two children in Cazenovia, New York. Lester was a star running back on the football team in high school and also a point guard on the basketball team. He was high school class president for three years and his future wife, Nancy, was class vice-president. Lester continued playing football at the University of Pennsylvania where he also joined the rowing team, Army Reserve Officer Training Corp (ROTC), and Sigma Nu fraternity. As a senior, Lester was named “Outstanding Cadet” of the University of Pennsylvania ROTC and given an award by the Benjamin Franklin Post 405, American Legion of Philadelphia. Following his graduation from the University of Pennsylvania, Lester entered the Army as a Lieutenant and was stationed at Fort Bliss, Texas with the 5th Guided Missile Battalion (Hawk). He spent time in the Army in Korea and was a Reconnaissance and Survey Officer in the 30th Artillery’s 2nd Missile Battalion as a Captain, when he qualified as an expert in firing the M-14 rifle. After his time in the Army, Lester pursued a career in sales. He and his wife were longtime members of St. Peter’s Episcopal Church in Cazenovia and active in the choir and the Vestry. Lester was deeply religious and spent many afternoons leading bible studies for the inmates at Wampsville, NY prison. Lester was a volunteer dispatch operator at CAVAC and an avid blood donor with lifetime blood donations totaling over 100 gallons. Lester loved reading western themed novels and spent many afternoons at Cazenovia library searching for the next great novel. Lester is survived by his daughter and son-in law, Deborah M. Trees-Vilardi and Scott Vilardi of Blythewood, South Carolina; his son and daughter-in-law, Christopher A. Trees and Serena Trees of Vista, California; eight grandchildren; six great-grandchildren; and several nieces and nephews. His sister, Sylvia (Trees) Silverman, predeceased him in 2012. A private family “Celebration of Life” will be held, in lieu of a memorial service. As an expression of sympathy, memorial contributions may be made in his name to the Cazenovia Public Library https://www.cazenoviapubliclibrary.org/friends-of-the-library-donation/ or to the American Red Cross.

Share Your Memory of
Lester
Upload Your Memory View All Memories
Be the first to upload a memory!
Share A Memory
Plant a Tree