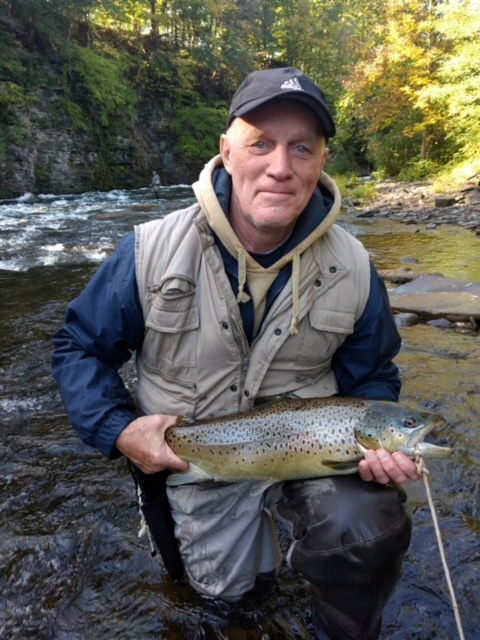 James Eric Wilson passed away peacefully in his home on August 1, 2021 at the age of 68 after losing a courageous battle to melanoma cancer with his loving wife by his side. Jim (Jimmy, Willy, Wilson) was known most by his family and friends for his great sense of humor although he also had a quiet, fun, gentle demeanor. Jim loved watching sports especially his New York Yankees and New York Giants. After retiring from NYSEG, you could find Jim on the golf course on any nice day. Pop, as his grandchildren called him, loved watching all of his grandchildren play sports and they will always remember him taking them out to get ice cream. Jim also enjoyed fishing with his friends and going on cruises with his wife, Karen. Jim was a 1971 graduate of Sidney High School. He was known for his accomplishments on the wrestling mat, he was also a member of the Cross Country team and the Sidney High Baseball team. Sidney High is also where he met the love of his life, Karen Howe Wilson, they wed on June 22, 1974. Jim was very fond of his alma mater and enjoyed each year participating in alumni events along with Karen. Jim is survived by his wife Karen of 47 years; his children Tracy (Mark) Simmons of Sidney, Jamie (Kari) Wilson of Delhi and Janel (Dave) Reardon of Worcester; his grandchildren Alexis, Triston, Vanessa, Ilias, Emma, Jalen, Wilson, Briah and Kacy. He is also survived by his brother Rodney (Beth) Wilson, his sister-in-law Kat Wilson and many nieces, nephews, cousins, aunts and longtime friends. Jim was predeceased by his parents Richard and Esther Wilson of Masonville and his brother Dale Wilson. Family and friends are invited to call from 6pm to 8pm on Wednesday August, 4 at C.H. Landers Funeral Chapel, 21 Main Street, Sidney, NY. Condolences and memories may be shared online at www.landersfh.com In lieu of flowers, contributions can be made in Jim's memory to the SCS Alumni Association, PO Box 2186 Sidney, NY 13838. Arrangements are under the direction of C.H. Landers Funeral Chapel Sidney.
Wednesday
4
August