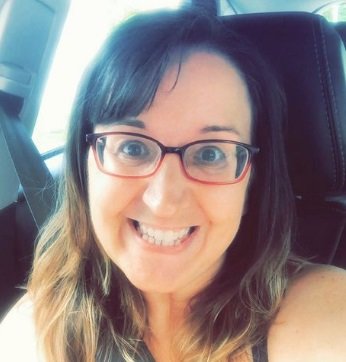 Amy Renee Shafer was born to George F. Shafer and Geraldine M. Moorhead on November 21st 1974 at O’Connor Hospital in Delhi New York. She passed away unexpectedly July 9th, 2021 at the age of 46 in the comfort of her home in Binghamton, New York with her cat Bella by her side. Amy graduated from Unatego High School with the Class of 1992. While she was in high school she played volleyball. She was in the drama club at Unatego and a part of yearbook photography. She was an artist for the school magazine as well. After she graduated, she enrolled in Herkimer College to study Social Science. She graduated from Herkimer in 1995. She would later attend SUNY Oneonta where she majored in English and Pre-Law. After her time in college, she married Ben Roefs who she met on the school bus at a young age. They would have two children together. Their first child, Joshua, was born in 1998. They would later have their second child Noah in 1999. They were married for several happy years. After those years she went back to school to get her Certified Nursing Assistant License. After receiving her license, she proceeded to work hard in her field of study and go on amazing adventures with friends and family. She later decided in 2017 that she would be returning to college. She enrolled in the Health Studies and Health Information Technology Program’s at SUNY Broome. While she was at Broome, she maintained a 3.78 Grade Point Average across five semesters. Amy was on the Dean’s List every semester while at Broome, as well as being on the Presidents List for one semester. She was in Phi Theta Kappa and received high honors upon her graduation in 2019. She worked in her field of study after graduating and would proceed to work on starting her own organization business up until the time of her passing. Amy had just returned from the “trip of a lifetime” on the twenty third of June, which she went on with her son Noah. A three week cross country road trip that started the third of the same month. It took them across twenty five states and to ten national parks. A trip Noah will never forget. Amy was know as a fun, funny, caring, loving, adventures, and intelligent women. She loved to travel, hike, kayak, explore, and be with nature and her family. She loved to experience everything that life had to offer. Amy was an extremely hard working mother with a lot of ambition and an amazingly strong work ethic. She would do anything for her two children or “her world” as she often referred to them as. She would do anything for her family and her loved ones as well. Amy will be dearly missed and remembered everyday by her family and her loved ones. Everyone she ever has met will never forget her or the the times they had with her. Amy was predeceased by her father George. She is survived by her two sons, Joshua Roefs of Binghamton New York and Noah Roefs of Afton New York; her mother Geraldine Moorhead of Otego New York; her six siblings: Lisa Shafer and her significant other Veronica of Missouri, Julie Hessler and her husband Greg of Illinois, Leah Shafer and her significant other David of New York, Daniel Shafer and his significant other Kerry of New York, Yvonne Shafer and her significant other Mark of Florida and Darrell Moorhead and his significant other Doreen of New York. She is also survived by many cousins, aunts, uncles, other relatives and her cat Bella, who will be staying with Noah. Friends are invited to call from 2:00-3:00pm on Saturday, July 17, 2021 at C.H. Landers Funeral Chapel, 21 Main St. Sidney, NY 13838. A memorial service will begin at 3:00pm at the funeral chapel. Following the service, a celebration of her life will continue at the Sidney American Legion, 22 Union St. Sidney. Share condolences and memories with the family online at www.landersfh.com. Arrangements are under the direction of C.H. Landers Funeral Chapel, Sidney.

Share Your Memory of
Amy
Upload Your Memory View All Memories
Be the first to upload a memory!
Share A Memory
Plant a Tree