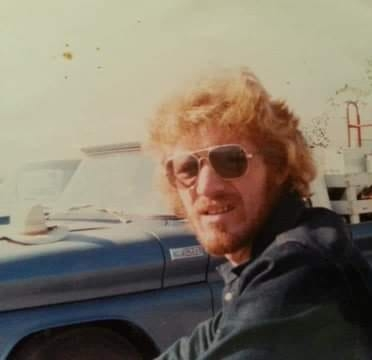 Robert "Cross" Howard Safford, Jr., of Sidney Center, NY, born June 19, 1949, left this world June 24, 2021. Cross was born in Oneonta, NY to Alta May Cotten and Robert H. Safford, Sr. Loving husband to Suelynn Safford for 43 adventurous years. Cross was a man of multiple talents, skills and passions. He was a Vietnam Veteran and served three tours with the 101st Airborne. He received many commendations, some of which were: Army Commendation Medal, a Purple Heart, a Bronze Star and the Distinguished Flying Cross. He drove tractor trailer for a large portion of his life and trained many of his friends and family in this field. His next field of choice was contractor and stone mason. He built multiple homes and structures. His latest was a cabin on 14 acres in Sidney Center. His stonework was beautiful. Motorcycles were a lifetime passion. He spent many adventures riding with friends and family. Together with Sue, he owned "Finger Lakes Jammer" in Seneca Falls, where they had a home on the lake. His riding continued until his last day. His children, grandchildren, great-grandchildren and siblings were precious to him. Cross had a multitude of injuries and over 30 surgeries that would have stopped other men, but he always soldiered on. His work ethic was who he was. He was still working up until his passing. He was preceded in death by his mother and stepfather, Alta May Cotten and Willard Cotten; father, Robert Safford Sr., his sister, Roberta, brothers: Doug, Tom and Leird. He is survived by: His siblings: Carl Safford, Charles Safford, Wayne Cotten (Cheryl), Pam King (Rich) and Wilma Cotten His Children: Daughter: Kimberly Wood (William), mother of Amberly Ward (great grandson Howard), Joseph Wikoff (Elyssa) (great grandchildren Everett and Graceland) and Sam Bryden (Raileigh) (Great grandchildren Peighton and Cooper) Daughter: Michelle Safford, mother of Amanda Ortega (Kevin) (great grandson Chase) and Brandon Latorie Son: Jamie Safford, father of Lauren Safford and Jade Safford Daughter: Tailynn Safford (Will), mother of Hunter, Colton and Tharen Walters Son and Daughter: John and Tammi as well as grandchildren and great-grandchildren. Memorial services will be announced at a later date. In lieu of flowers, memorial donations in Cross' memory may be directed to the American Legion Riders, 22 Union St. Sidney, NY 13838, or to Til Valhalla Project at www.tilvalhallaproject.com. Share condolences and memories with the family online at www.landersfh.com. Arrangements are under the direction of C.H. Landers Funeral Chapel, Sidney.