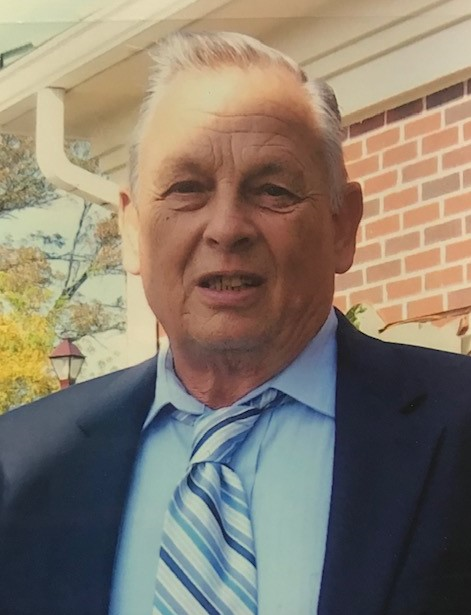 Barry Wayne Rusweiler - 76, went to be with the lord on June 10, 2021. He was born on November 9, 1944 to Arlington and Aletha (Marsh) Rusweiler in Blairstown, NJ. He married Nancy (Reiche) Rusweiler on March 17, 1968. Barry owned and operated a Gas Station & Towing/Repair Shop in Blairstown and Buttsville, NJ for several years. He then moved his family to DeRuyter, NY to follow his dream of farming. In 1987 he moved his family to Bainbridge, NY where he continued to farm for over 30 years. Barry was happiest when he was working outdoors and farming. He always had a good story to tell of his many adventures and was sure to make you laugh. Barry is survived by his wife of 53 years, Nancy Rusweiler, his children, Adam (Sonja) Rusweiler of Sherburne, NY and Robin (Jason) Cannistra of Bainbridge, NY, and his grandchildren that he loved and was very proud of: Aletha Taylor Cannistra, Savannah Paige Rusweiler, Jillian Mary Cannistra, Cassidy Jayne Rusweiler, Sara Grace Cannistra, Adam Gage Rusweiler, and Joseph Ryan Cannistra. He also leaves behind his sisters Sharon Valentine, Donna (John P.) Hosterman and Pam (Mitch) Rusweiler, sister in-law Suzanne Seiler, several nieces and nephews and his pet buddy Louis. He was predeceased by his son George William Rusweiler, parents Arlington and Aletha Rusweiler, mother in-law Mildred Mills, brother in-law Claude Valentine and niece Megan Valentine. A private celebration of Barry's life will be held at a later date. In lieu of flowers, donations can be made in his memory to the DeRuyter FFA, 711 Railroad Street, DeRuyter, NY 13052.

Share Your Memory of
Barry
Upload Your Memory View All Memories
Be the first to upload a memory!
Share A Memory
Plant a Tree