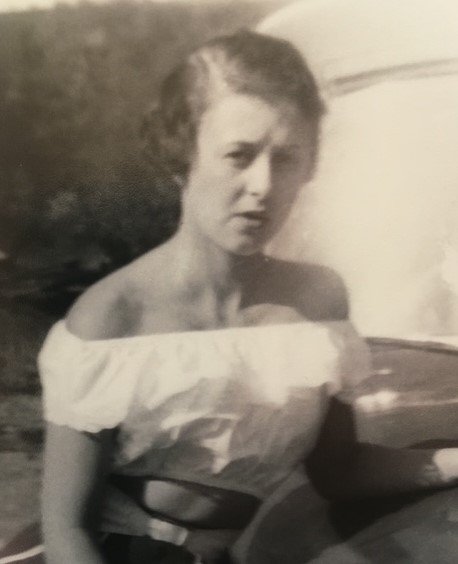 Janet Deana Rude June 28, 1939-March 22, 2021 SIDNEY- Janet Deana Rude, 81, peacefully went to be with the Lord on Monday, March 22, 2021, at UHS Delaware Valley Hospital following a long illness. Janet was born June 28, 1939 in Sidney, the daughter of Robert and Margery (Willis) Martin. Janet retired from Amphenol Corporation, Sidney, as a Planner/Expediter after 38 years of service where she was a respected member of the Planning Team. She then became the Manager of ValleyView Apartments, Laral Management Company for another 10 years before finally deciding to fully retire and spend some time traveling to visit family and friends ‘before it’s too late’. She enjoyed many bus trips over the next few years as well as had many wonderful memories of the good times had. Janet was a hardworking, straight talking, ‘tell it like it is’ woman and made no apologies for it (we expected none). It was not unusual for her to knock on her neighbors doors to check on them and offer a bowl of homemade soup or stew or maybe some freshly baked muffins (she might get a nice dish of homemade rice pudding in return). She often got together with her friends Genie, Cheryl and Linda to have coffee or a cocktail. Jan looked forward to greeting her ‘adopted son’ Bill each morning with piping hot coffee and again at lunchtime to catch up with the day. They were joined on occasion by her dear friend Kathy when she was in town. While reminiscing recently, she told of a time in her younger years when she would ride along with her brother doing reconnaissance work while he was investigating divorce cases (this helped her develop a particular skill when asked by a friend to check up on a cheating husband). Janet’s family and friends were the most important thing to her. She always said, “You only get one shot at this life. There are no ‘do-overs’ so make sure you use the time wisely because it will be over before you know it”. Good advice for sure. Anyone who went to visit her would have seen her favorite little sign, “If it has tires or testicles, it’s gonna give you trouble.” She was blessed by all those who were a part of her life and we were blessed by hers. Surviving Janet are her children, Daughters, Teri (Ritchie) Moore, Oneonta; Vicki (Robert) Ives, Guilford; Sons, Scott (Patti) Finch, Sidney; Jason (Melissa) Rude, Franklin; Grandchildren, Jarrett (Megan) Moore; Nate (Lindsay) Ives; Matt (Diana) Ives; Megan (Joe) D’Introno; Deana Rude; Chelsea Rude; Kelli Jankura; Dylan Henchey; Brittany Finch; Nine (soon to be 10) great grandchildren; her brothers, Lamont (Marylee) Martin; Joe (Laurie) Hollenbeck; Son-in-law, Patrick Henchey; her ‘adopted’ children, Bill Barringer and Kathy Pickering. She was predeceased by her father, Robert Eugene Martin, killed in Germany, March 6, 1946; her mother, Margery Martin Hollbenbeck; her step-father, Irving Hollenbeck; her daughter, Linda Henchey; her granddaughter, Jaime Rudnitsky and most recently her lifelong friend Janice Gill. In the time of COVID the family would like to give thanks to Kyle at the Great American; Corky at Chambers/O’Hara and Nancy Hicks & Larry Graves for taking our mom’s grocery orders and delivery every week for the past year. GOD Bless all of you. We are all so very thankful for the generosity, kindness and service to the community in a very difficult time, particularly for the elderly who have been confined for way too long. Recently, mom looked forward to Thursdays ordering lunch from Club 55 and they always delivered with a smile. Also to Denise Tabone for the many massages over the past few years that brought mom such joy, but mostly for your friendship and the laughs. Due to COVID restrictions on human contact, there will be no calling hours. In lieu of donations, the family requests that you give to a charity of your choice or just check in on an elderly neighbor, friend or family member who may be feeling isolated or lonely and just need to hear a friendly voice. Share condolences and memories with the family online at www.landersfh.com. Arrangements are under the direction of C.H. Landers Funeral Chapel, Sidney.

Share Your Memory of
Janet
Upload Your Memory View All Memories
Be the first to upload a memory!
Share A Memory
Plant a Tree