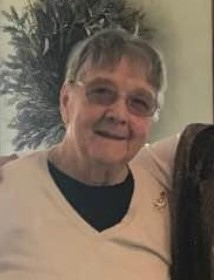 Ronita (Pendorf) Holbert, 86, of Sidney, NY, passed away peacefully at her residence on the morning of February 6, 2021. She was born June 15, 1934 in Sidney and was the daughter of the late Harold and Ruby Pendorf. Ronita married LuVern K. Holbert on December 28, 1957. Ronita was a member of both the American Legion and Sidney Fire Department auxiliaries. Mrs. Holbert was the owner of Hales Stationery from 1977-2001, where she enjoyed many lively conversations with her customers. Her favorite relaxation activities were reading and crocheting afghans that she enjoyed giving to family, friends, and charities. Ronita was predeceased by her loving husband, LuVern K. Holbert; her grandson, Cory P. Cardon; her brother, Daryl Pendorf, and her nephew, Tim Pendorf. She is survived by her three daughters, Roxanna (Chris) Cardon; Brenda (Terry) Searles and Michele "Perky" Holbert; two grandchildren, Kelsey Cardon and Nathan Searles; brother Burnett "George" Pendorf; longtime friend Estella Moore, and several nieces and nephews. A private graveside ceremony will be held for the family in the Spring. Memorial gifts can be made to Helios Care, 297 River Street Service Rd., Unit 1, Oneonta, NY 13820. Share condolences and memories with the family online at www.landersfh.com. Arrangements are under the direction of C.H. Landers Funeral Chapel, Sidney.

Share Your Memory of
Ronita
Upload Your Memory View All Memories
Be the first to upload a memory!
Share A Memory
Plant a Tree