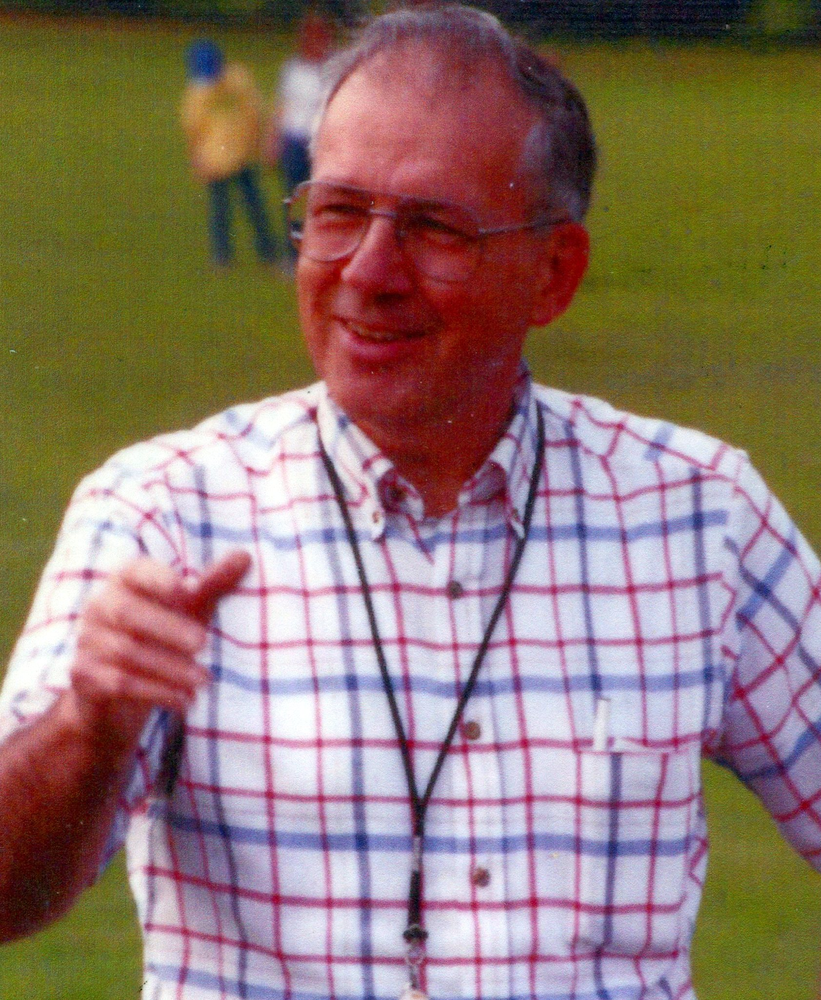 William O. "Bill" Davidson, 85, died January 11, 2021 at the Oxford Veteran's Home from the coronavirus. He was born in Union, New Jersey the son of William L. and Marguerite (Mazzarella) Davidson. He graduated from Union High School, lettering in Cross Country and Wrestling, and was an Eagle Scout. He went to Grinnell College in Iowa. He enlisted in the Army, and before serving met Elizabeth K. Hunt (Betsy) and they married in 1958. For 3 years he taught in Hillside, New Jersey, before moving to Sidney in 1961. He joined an engineering unit in Binghamton and was recalled to active service. A year later, Bill returned to teaching 7th grade math, then 8th grade English for 32 years. He coached Cross Country and J.V. Wrestling for several years. He was teacher of the year in 1974, president of the Sidney Teacher's Association from 1972-1973, Rotarian of the Year in 2000, Chaplain of the American Legion for several years, a member and past president of Sidney Rotary, an active member of the First Congregational Church, inducted into the Hall of Fame in 2006 and the Wall of Fame in 2019. He enjoyed teaching (remember eraser tag?) and coaching, collecting bottles, watching football and golf, and reading, especially at the Sidney Library. He is survived by his wife, Betsy; his sons: Thomas (Dale), Christopher, and Gordon; 2 granddaughters and their spouses, Avery and Erik Hawkins and Amy and Luke Smith; his sister and brother-in-law, Nancy (Davidson) and Bill Shore and a sister-in-law, Peggy Bailey. He was predeceased by a beloved daughter-in-law, Kelly (Conklin) Davidson. Friends are invited to call from 1:00-2:00pm on Monday, June 7, 2021 at C.H. Landers Funeral Chapel, 21 Main St. Sidney, NY 13838. A memorial service will begin at 2:00pm at the funeral chapel with Rev. Paul Winkelman officiating. In lieu of flowers, gifts in his memory may be made to the Sidney Memorial Library. Share condolences and memories with the family online at www.landersfh.com. Arrangements are under the direction of C.H. Landers Funeral Chapel, Sidney.
Monday
7
June