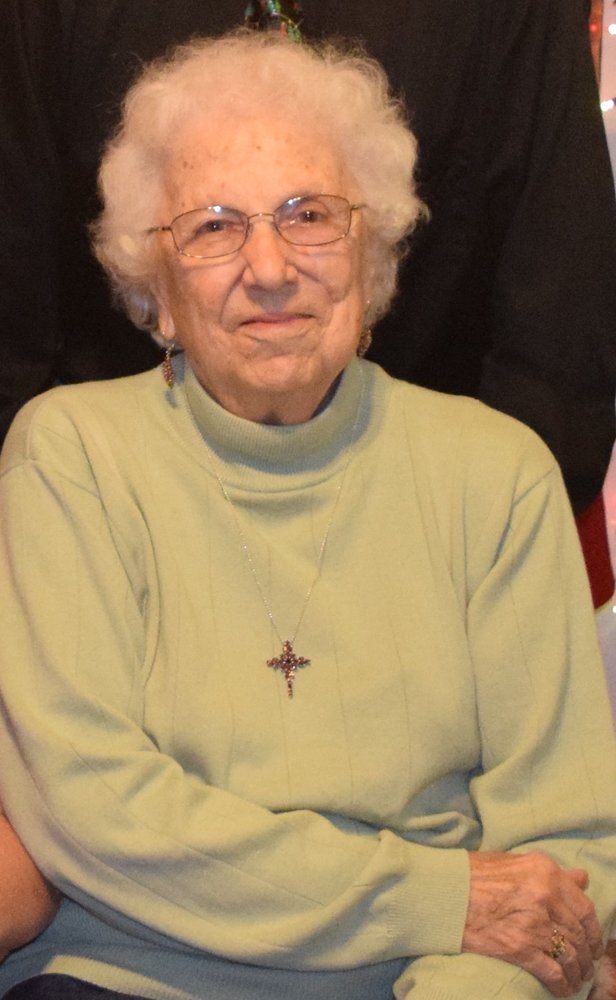 Helen Virginia Mayo, 93, of Sidney Center passed away Monday, December 21, 2020, suddenly and peacefully at home with the wood stove stoked for the night. She was born on January 23, 1927, daughter of the late Clarence Frank and Golden Mae (Emerson) Walley in Rock Royal, NY. She was married to Norman Mayo for 58 years before he predeceased her in 2002. They lived and farmed in Cannonsville-Rock Royal prior to the development of the reservoir. They moved to Sidney Center where they owned and operated the family farm for many years. Helen worked various jobs including Tupperware, Sidney Central School and Sidney Center Library. Helen was also a member of the Sidney Center United Methodist Church. She is survived by three children: daughter and son-in-law, Nancy and Terry Parsons of Sidney Center; son, Gary Mayo of Guilford; son and daughter-in-law, Alan and Colleen Mayo of Otego; grandchildren: Todd Parsons of Sidney, Chad (Wolfgang) Parsons of California, Jodie (Jeff) Sisson of Sidney, Kerry (Michelle) Parsons of Arlington, WA, Michelle Searles of Norwich, Lori Mayo of Franklin, Jasmine Kelly of Mt. Upton, Nick (Kimberly) Mayo of Bainbridge, Shannon (Zack) Bryner of Ohio, Jordin (Ariel) Mayo of Oneonta and Jared Mayo of Otego; multiple great-grandchildren and great, great-grandchildren; sister-in-law, Lois (Sis) Phoenix of Walton, and several nieces, nephews and cousins. In addition to her husband Norman, Helen was predeceased by her infant son, Rodney and her four brothers, Guerdon, Harland, Ford and Frank Walley. Friends are invited to call on Sunday, December 27, 2020 from 2:00-4:00pm at C.H. Landers Funeral Chapel, 21 Main St. Sidney, NY 13838. Graveside services will be held in the spring in Hale Eddy Cemetery, Hale Eddy, NY. Memorial contributions in Helen's memory may be directed to the Sidney Center Emergency Squad. Share condolences and memories with the family online at www.landersfh.com. Arrangements are under the direction of C.H. Landers Funeral Chapel, Sidney.
Sunday
27
December