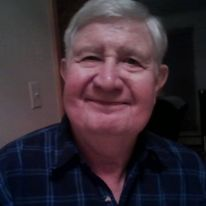 Arthur Schlottman, 85, of Sidney died Sunday December 20th at Cooperstown Center following a brief illness. Artie, as he was known, is survived by his wife of 62 years, Barbara Schlottman of Sidney, his son Robert & Daughter-in-law Lorraine Schlottman of Sidney, His Granddaughter Kayla Schlottman of Vestal, as well as nieces & nephews in Florida & Virginia. Artie was born September 26th 1935 in New York City, the 3rd son of William & Alma Schlottman; he married Barbara Miller on September 13th 1958, and worked as a Carpenter for Safca Displays of New York City. Following Retirement, he moved to Sidney New York in 1998. Artie enjoyed Stamp Collecting, Marquetry, Country Music, and he especially enjoyed being "Grandpa" Artie was pre-deceased by his parents, his brothers William & Charles, his In-Laws William & Olive Miller. Calling Hours & Funeral Services will be for immediately family, by C.H. Landers Funeral Chapel of Sidney.

Share Your Memory of
Arthur
Upload Your Memory View All Memories
Be the first to upload a memory!
Share A Memory
Plant a Tree