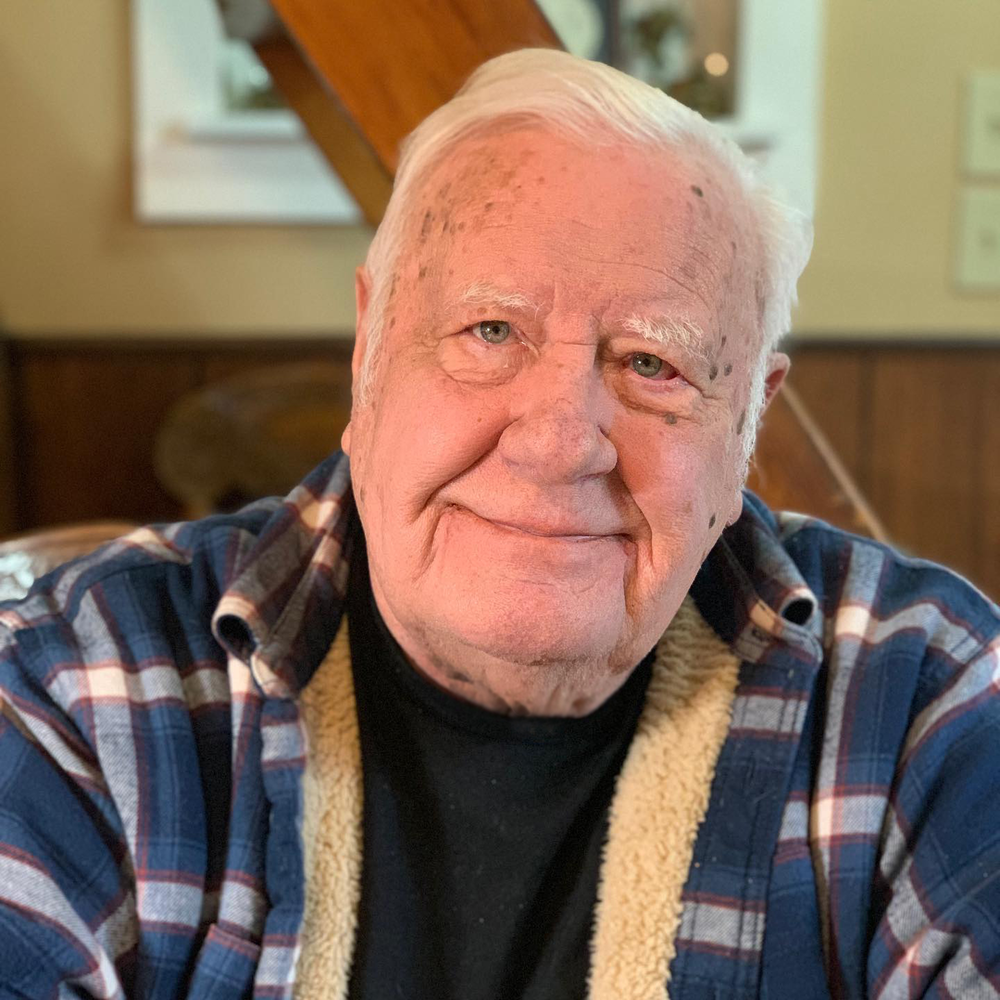 William Leopold DeCocker, 92, passed away peacefully on November 9, 2020 with his wife, Sandra, by his side. Mr. DeCocker, son of William and Octavia (Vandervoort) DeCocker was born in Passaic, N.J. on January 15, 1928. When he was 5 years old the family visited relatives and friends in Belgium for 5 years where he attended parochial school in Antwerp. As a young man in New Jersey, Bill was involved in Boy Scouts achieving the rank of Life Scout. As an adult he served as an Assistant Scout Master for a short time in Sidney Center. As a teenager, his family moved to a dairy farm in Andes before acquiring a farm in Sidney Center. In all he served 6 years in the United States Army – 2 active and 4 Reserve. Bill saw service in the Korean Conflict as Staff Sergeant, 5th Regimental Combat Team, 24th Division, 8th Army. Initially a machine gunner, upon arrival at the front as a replacement, Bill was assigned to "B" Battery, 555th Field Artillery Battalion (105mm Howitzer) which had been decimated in earlier fighting. He served as a crew member, as well as a machine gunner when needed. Recognized and promoted for his expertise and leadership, he served both as a squad leader and later as section chief. Bill married Sandra Dimorier "the girl down the road apiece," on August 24, 1952. Shortly after, they started building their family home using the wood from the trees on Sandra's family's property. Bill cut down the trees and hauled them by horse and wagon to the sawmill. They moved into the home in 1953 and have resided there ever since. Bill enjoyed music and played several instruments being best known as the piano player in the Sidney Center Rural Rhythm Show and the Methodist Church occasionally. He also enjoyed hunting, fishing, camping, and storytelling. He worked for Bendix for 36 years as a machinist belonging to the Machinist Union IAM, Sidney Center United Methodist Church, Maywood Historical Group, and a lifetime member of the Sidney American Legion Post #183. When he was 75, a storm blew down a large part of the beloved pine trees that he planted on his land. Through that tragedy he, his sons, and grandchildren built a beautiful small log cabin that many have since enjoyed over the years. Bill was predeceased by his sister, Lorraine Liddle, brother-in-law, Lynn Liddle, daughter, Colette Wood, and son-in-law Pete Wood. He will be sorely missed and survived by his wife of 68 years, Sandra (Dimorier) DeCocker of Sidney Center, NY; children: William and Dawn DeCocker of Sidney, NY; Robert and Carmen DeCocker of Sidney, NY; Lori and Rick French of Norwich, NY; Alan and Theresa DeCocker of Sidney Center, NY; many cherished grandchildren and great-grandchildren; extended family; and his beloved cat, Sammy. According to his wishes, some of his ashes will be scattered on his property in the pines where he and his family and friends enjoy hiking, picnicking, and campfires. Funeral services will be private. Burial will take place in Prospect Hill Cemetery, Sidney at a later date. In lieu of flowers the family is requesting donations in Bill's name to Delaware Valley Humane Society PO Box 182, Sidney, New York 13838 or Sidney Center Family and Friends Church PO Box 212 Sidney Center, NY 13839. Share memories and condolences with the family online at www.landersfh.com. Arrangements are under the direction of C.H. Landers Funeral Chapel, Sidney.