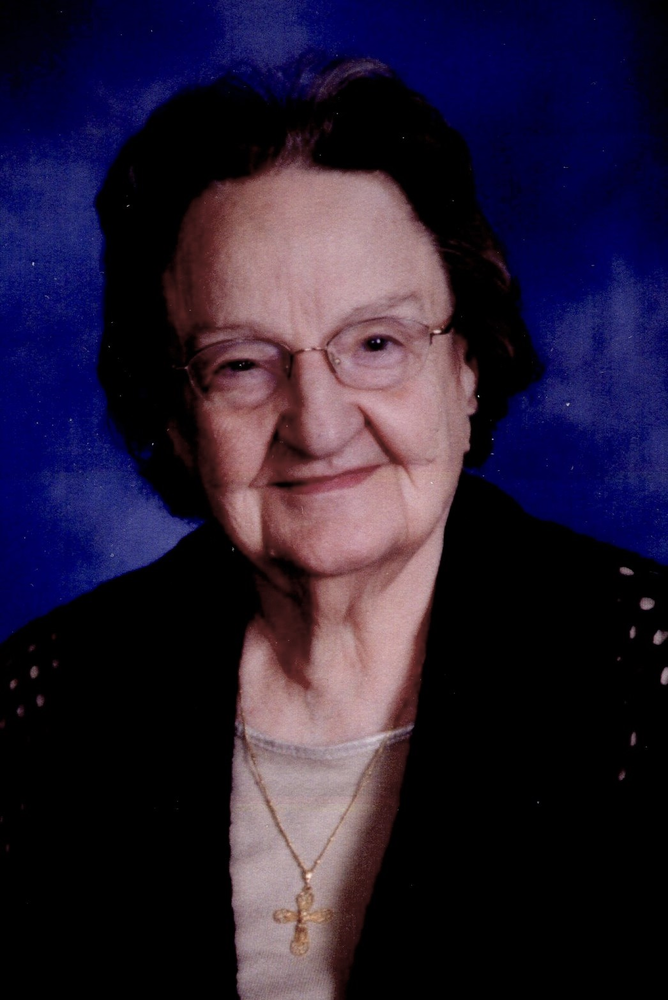 Carmela "Carmie" Aquino Mirabito, 94, of Sidney, died November 5, 2020 peacefully at home, surrounded by her loving family. Carmie was born February 28, 1926, daughter of Angelina (Natoli) and Antonio Aquino in Canastota, New York. She was a graduate of Canastota Central School, class of 1943 where she was voted (not surprisingly) most popular. She started her working career at Oneida Limited as the secretary to the personnel director. From there she continued on as secretary in the Patane Law Offices of Oneida, New York. Her "employment" during her later married life was at family owned Golden Valley Sports Camp, where she welcomed both campers and coaches for many happy years. On September 1, 1947 Carmie married her own "war hero" Soddy. Together they were blessed with 5 sons and 1 daughter, Vincent (Leslie) Mirabito of Tampa, Florida; Virginia (Dan) Brandt of Sidney; Ross (Kathy)Mirabito of Binghamton; Rick (JoAnn) Mirabito of Norwich; William (Karen) Mirabito of Vestal; Gerard (Susan) Mirabito of Sidney; grandchildren Peter (Maureen) Mirabito; Laura (Adam) Cotton; Andrew Brandt, Nicholas Brandt, Jessica (Dave) Starr; Phillip (Mary) Mirabito; Jeffrey (Stephanie) Mirabito; Jason (Shannon) Mirabito; Amanda (Dan) Fitzgerald; Alex (Kelsey) Mirabito; great-grandchildren Ava, Anna, Peter, and Danny Mirabito; Sarah and Hannah Cotton; Emily Brandt, Parker Starr and Owen Mirabito. She is also survived by many loving nieces, nephews and cousins. Throughout her life in Sidney she was a devoted, loving wife, mother and grandmother always ready, willing and able to lend a hand to anyone. Cooking was her specialty, best known for her sauce and meatballs. Her passion was being among people, especially her family whom she adored. Carmie's faith was very important to her. She was chosen as Parishioner of the Years for being an active member of Sacred Heart Catholic Church. Here she served on the parish council, was an officer in the Rosary Society, a lector, Eucharistic minister and self-appointed communion greeter whom everybody loved. Carmie was predeceased by her husband Rosario "Soddy" Mirabito, a sister, Frances Farnach and a brother Egidio "Jiggs" Aquino. The family would like to extend a heartfelt thanks to Carmie's angel caretakers over the past several years. It is because of their loving care that Carmie was able to stay at home up until the end of her blessed life. God bless you all. Friends are invited to call from 2:00-5:00pm on Sunday, November 8, 2020 at C.H. Landers Funeral Chapel, 21 Main Street, Sidney. Due to COVID-19 restrictions, funeral mass and burial will be private. Memorial contributions can be made to the Alzheimer's Association or Helios Care, 297 River St. Service Road, Oneonta, NY 13820. Share condolences and memories with the family online at www.landersfh.com. Arrangements are under the direction of C.H. Landers Funeral Chapel, Sidney.
Sunday
8
November

Share Your Memory of
Carmela
Upload Your Memory View All Memories
Be the first to upload a memory!
Share A Memory
Plant a Tree