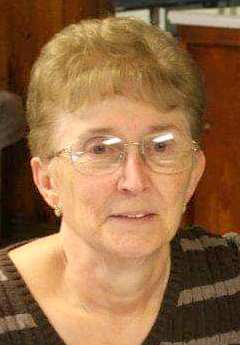 Lucinda "Cindy" Shackelton, 77, passed away unexpectedly on Monday, September 28, 2020 at Wilson Medical Center in Johnson City. She was born on October 8, 1942 in Bainbridge, NY, daughter of the late John and Louise (Hall) Hulbert. She graduated from Sidney Central School with the Class of 1961 before going on to cosmetology school in 1962. On February 4, 1962, she was married to Bruce Shackelton. Cindy was a beautician locally for many years; later working as manager for Hardee's and as a teller at NBT Bank. For the past several years, she worked as the secretary for the Congregational UCC Church in Sidney, where she was a dedicated member for nearly 50 years. She loved to read and enjoyed jigsaw puzzles and crocheting, as well as playing the piano and organ. Cindy lived for her children and grandchildren and was a devoted wife, mother, and grandmother. Cindy is survived by: her beloved husband of 58 years, Bruce Shackelton; three children: Timothy (Kathi) Shackelton, Catherine Shackelton (John) and Christinia (Richard) Goodliff; 13 grandchildren, 6 great-grandchildren; sister, Gail Gibbons, and several nieces, nephews and cousins, and many friends. She was predeceased by her mother, Louise Davidson, and her father, John Hulbert. Friends are invited to call on Friday, October 2 from 10:00am-12:00noon at C.H. Landers Funeral Chapel, 21 Main St. Sidney, NY 13838. Funeral services will be private. In lieu of flowers, memorial donations may be directed to the Delaware Valley Humane Society, 101 E. Main St. Sidney, NY 13838. Share condolences and memories with the family online at www.landersfh.com. Arrangements are under the direction of C.H. Landers Funeral Chapel, Sidney.
Friday
2
October

Share Your Memory of
Cindy
Upload Your Memory View All Memories
Be the first to upload a memory!
Share A Memory
Plant a Tree